The rumors of next generation iPad and iPhone are already starting to pick up steam. According to the latest report from iLounge, the iPhone 5S is said to enter mass production in July.

Note the start of the mass production is usually a few months before the actual announcement, so Apple can fill up its warehouses ahead of the launch weekend.

The report also says that the company's tablet lineup refresh is coming in October. The iPad mini with Retina display is reportedly codenamed J84, while the iPad 5 is dubbed J72. Apple's rumored next-gen iPads are expected to retain the design of their predecessors, but the mini should be getting a Retina display. It's anyone's guess what kind of upgrades will come with the iPad 5. 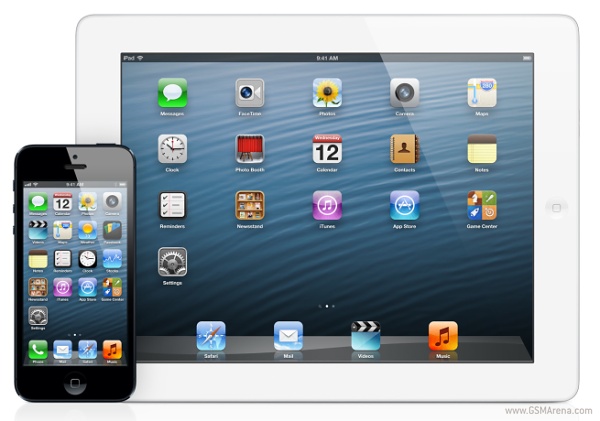 As for the iPhone 5S - it is expected to include a faster processor and a Sony-made 13 megapixel camera sensor. Furthermore, the device is rumored to feature an improved rear LED flash. The iPhone 5S versions are codenamed N51 and N53 and predictably the device will have similar design to the iPhone 5.

The new iPhone is also rumored to feature a fingerprint scanner, which is based on the Authentec technology acquired by Apple last summer.

iphone 5s coming out date( july) can't be. it is too early for holding iphone5 people.at least coming in 2014.....its okkk for every one.

even though the xperia z is having this and the s4 is having a 2ghz processor? games up for apple they need to take leaf out of sony book for design

So character=monopolistic illegal company steels and buys things and makes an overpriced product with it. They all look and act the same as the next. They dont take much time in coding it because they leave it as a locked down app launcher so it tell...