The Apple iPad Air 2 runs on the latest version of iOS - 8.1 - but looks unchanged compared to iOS 7. It has a flat, colorful look with fresh icons and transparent elements throughout the OS. Here's a brief look at what iOS 8.1 looks like on the latest iPad.

The lockscreen is the same clean affair. It features a swipe to unlock and camera shortcut. A double press of the Home key will bring up the multimedia controls as usual. Lockscreen notifications are available as well.

You can passcode-protect the lockscreen but with the iPad Air 2 you can also finger-lock it thanks to Touch ID. The Touch ID sensor offers 360-degree readability translating into effortless scanning of your fingerprint. Apple has integrated Touch ID as an added security measure, but it'll still allow you to use your passcode as a backup form of validation. Enabling passcode is also a mandatory requirement in order to use Touch ID.

Since the iPad Air 2 doesn't have NFC it can't be used for Apple Pay, sorry.

This is an iPad so all of your apps are on the homescreen, folders are available and there is the familiar dock that can take up to six shortcuts (by default there are four). Pages are available in the folders, each page can pack up to nine apps and there is no limit on the page count. Now you can finally put the Newsstand app away in a folder!

Swiping from the top down will display the Notifications center which now has just two tabs - Todayand Notifications. The Today tab has the date, a summary of all events for the day, calendar day view, reminders and tomorrow's summary.

As usual, you can choose which apps you want to show up in the pull-down Notifications and in what order. The Today tab is customizable, and you can disable its elements one by one - everything but the date displayed at the top can be removed so it doesn't get in the way. You can even disable the Today tab altogether in the Notification Center for the lockscreen.

The second tab is reserved for notifications only. Other than that, the handling of notifications hasn't changed a bit. You can opt to disable a notification, set it to be a banner, which will shortly pop up over the status bar or an alert showing up at the center of the screen.

There are also options to disable badges on app icons or disable lockscreen notifications.

The task-switcher interface is invoked with a double press on the Home key. All apps are presented with cards that you can swipe up to close. Each card has the respective app icon so you can easily recognize what's what.

Just like folders the Notification and Control Center colors are adaptive and they'll change depending on the background. They might be blue-ish on the homescreen, but light gray in the web browser, or dark gray in the settings, or green in the gallery, etc. Unlike the iPhones' keyboard, the one in the iPad is not semi-transparent, nor is its background adaptive.

The parallax effect is still present in iOS 8.1. Apple designed iOS on independent layers - background, homescreen icons, icon badges, and then app pop-ups. The iPad Air then uses its accelerometer and gyroscope to move layers independently and create an illusion of depth. The movement is very subtle. In fact, you might not even notice it if you are not looking for it, but it's there and it looks awesome once you start moving your device.

The parallax effect is not only available on the homescreen. You can see it in folders and in the pop ups that ask you for passwords or display notifications. Those pop ups by the way are also translucent and adapt their background color.

In case you don't like the parallax effect you can turn it off from the Accessibility settings -> Reduce Motion.

Apple has added a few static wallpapers with iOS 8. The old ones are still here and you get the choice of dynamic wallpapers as well.

The Settings menu has the same layout as in previous iPad versions - it's a split screen list of settings and is pretty neat to get around.

The banner notification is very subtle. If you receive a text in the middle of something, it will briefly pop up over the status bar and disappear in a couple of seconds, and not distract from what you're doing.

Do Not Disturb mode is available on the iPad Air too. It gives users further control of notifications, or rather their suppression. If turned on, it will mute incoming FaceTime calls or alerts. You can allow FaceTime calls from your favorite contacts and have the option to set a specific time interval in which you won't get any notifications.

There's a dedicated toggle to activate the DND feature and it can be customized in the Notifications submenu. When Do Not Disturb is on, a crescent icon appears next to the clock in the status bar.

Since iOS 7 Apple ushered in its take on true background multitasking, aptly called Background App Refresh. The way it works is all apps will work in the background, but iOS will learn which one of them you use most often and when.

Let's say you open the Facebook app every morning and don't use it for the rest of the day. iOS will soon learn that and will optimize the app to work according to your schedule until you change it. This means most of the day and night the app will still be in suspend mode (push notifications will work of course), but iOS will run Facebook shortly before your alarm goes on and load all the content. That way when you open it, your news feed will be already updated.

The four/five-finger multi-tasking gestures are also available on the iPad Air 2. You can switch between the active apps using four (or five)-finger swipes. A similar swipe to the top will bring you the task switcher. Finally, you can use four (or five as it feels more natural) finger pinch zoom out. It will bring you the homescreen, while the app will go in background. 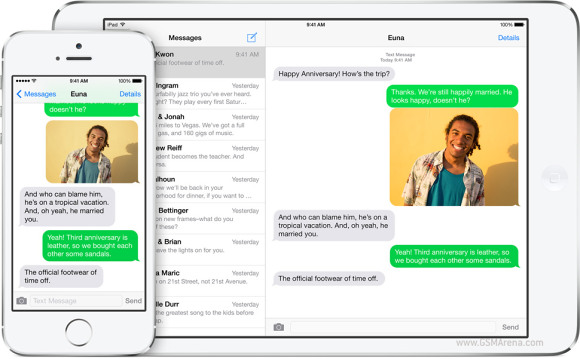 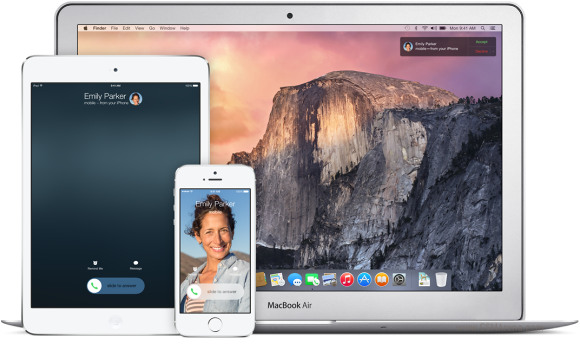 The intelligent voice assistant Siri got better with iOS 8. Its most important new addition is the Shazam integration. There is no need to ask Siri to recognize a song - just open Siri and let it listen - then it will tell you the name of the song and will provide you with an iTunes link. Another new cool option is voice activation. If your iPad Air 2 is hooked up on a charger/cable you can summon Siri by saying "Hey, Siri".

Siri can carry out commands affecting the iOS - it can turn Bluetooth or Wi-Fi on/off, increase brightness, play voicemails, check other people's social network status, play iTunes Radio stations, etc. It is a really powerful voice assistant capable of even POI search. Assistance with restaurant booking is part of Siri's set of skills. It will find you exactly the restaurant you are looking for and filter the results based on user reviews. You can run impressively detailed searches based on food type, location, outdoor, pool, price range, ratings, etc. This feature is not available in every country, though.

Siri also answers slots of questions and including game scores. History, stats, player bios, player comparison, teams, records, etc. Siri should be able to return most of the info right onto its own screen, without switching over to the browser. The same applies to movies. You will get all of your movie-related answers right inside the Siri window - anything about actors, directors, awards, movie stats, premieres and tickets, reviews, trailers, etc. Siri also comes with Wikipedia integration.

Finally, Siri in iOS 8 can take dictation in 24 new languages, which will spare lots of people some typing on the keyboard.