On its own, the Apple iPad mini 3 is great all-round tablet. It has everything a slate of its caliber should offer - a minimalistic design, an amazing attention to detail, an excellent display. All that backed by the fluid iOS 8 and the amazing App Store variety makes for an overall excellent slate.

There's no escaping the fact however that the Apple iPad mini 3 is just a minor update over the previous generation and since the iPad mini 2 can still be found at a noticeably cheaper price makes the new arrival that bit harder to sell. 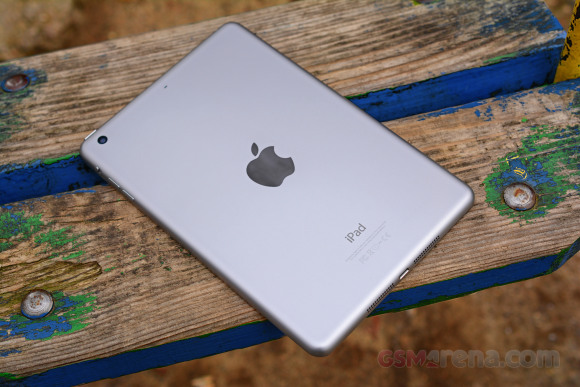 Apple could have elevated the new mini model to the iPad Air 2 greatness, but instead they chose to leave it where it was a year ago. Is the new iPhone 6 Plus changing the company's take on the smaller iPad or has it been uncomfortably eating into the iPad Air sales to begin with? We don't know, but we would have surely appreciated improvement in more departments.

Now let's take a closer look at our key test findings and check what the iPad mini 3 got right, and what not.

As we said - on its own, the Apple iPad mini 3 is a great device, but it only has a Touch ID fingerprint sensor and a new paintjob option to show over last year's mini. As such, its market success isn't anything close to sealed as throughout the last few months some nice and powerful tablets have stolen the spotlight.

The HTC-made Google Nexus 9 is surely something to consider. It offers an inch bigger IPS display with the same resolution. It uses the top-notch Nvidia Tegra K1 beast, which easily puts the Apple A7 chip to shame when it comes to graphics processing. It is also a good looking chap, with a better camera and the latest pure Android 5.0 Lollipop. The pricing is fair too, and it seems the Apple iPad mini 3 will be meeting quite a threat in the face of the Nexus 9.

Of course, the €100 cheaper Apple iPad mini 2 is the one lots of people will choose over the iPad mini 3 because the price premium for the new Touch ID sensor is hardly worth it. Both devices have the same looks, the same display, the same internals, including the camera, and both run iOS 8.1. Honestly, we wouldn't be paying a hundred bucks for the touch scanner, either.

The Xiaomi Mi Pad 7.9 is another Tegra K1-powered slate with a 7.9" IPS display that matches the iPad mini 3 screen. It is more powerful than the iPad mini 3 and has a better battery. The all plastic build and the Android OS with the Xiaomi's launcher will hardly allow you to forget that you are holding a cheaper tablet. Though, at €200 cheaper, it may as well be worth the trade-off.

Sony Xperia Z3 Tablet Compact is doing great today with relevant specs, amazing 1200p display and super-thin and lightweight water-proof design. It is among the best performers among the mid-sized tablets and Sony really hit the jackpot this year with the Z3 Tablet Compact. The pricing of both the Wi-Fi and the LTE-enabled versions are on par with the Apple iPad mini 3, so the Sony's beast is a real threat to Apple's mini slate.

The newly announced Nokia N1 with a 7.9" Retina display, powerful Intel Atom Z3580 chipset and quite identical aluminum unibody design should be considered as well. The slate is manufactured by Foxconn and runs on the newest Android 5.0 Lollipop and Nokia's innovative and simplistic Z Launcher heavily relying on gestures. The pricing is quite attractive too, but the slate will go on sale shortly after the holiday season.

Finally, the Samsung Galaxy Tab S 8.4 boasts a Super AMOLED display with higher resolution and an octa-core processor into an even thinner and lighter body than the Apple iPad mini 3. Its software package is up to date with Android and TouchWiz, and it's enriched with an excellent office suite, premium services, features and apps. The customization options are way better, too.

This year the iPad mini 3 has been ignored by Apple in favor of the the iPad Air 2. It's only natural that they shouldn't feel disappointed if people ignore it in the stores, too. Android manufacturers wouldn't mind Apple giving up the fight in the segment, that's for sure.

The Touch ID sensor is hardly worth the hefty price premium over the iPad mini 2 and last year's mini is still a good buy on its own. As things stay today, there is hardly any incentive for parting with the extra cash so you should either get the iPad mini 2 or look elsewhere for your next mid-size tablet.