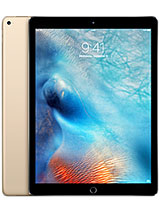 AnonD-546788, 09 Jun 2016I like this one because its much bigger than the latest (Pro 9.7) I agree with you lol, i have the pro 9.7 but even though I love it I almost regret getting it since I tried the pro 12.9 shortly afterwards for 2 weeks and I absolutely loved it even more so then my pro 9.7 simply because of the bigger screen. I plan to buy the pro 12.9 next year when the new one comes out.

Install a developer profile, then can 'check for updates', download (1.9Gb) and install..

I hope you ate undated
Actually and simply if I tell you all. your people old enough
For the Technology bat. In my country Srilanka most of people opinion is.
The Apple is great bat very sensitive. As a member of Apple I will tell you honestly just make it Heavy Your product because it's quickly damageable thank you


Irshadloops@gmail.com (if it's suitable opinion just replay me my mail)

I like this one because its much bigger than the latest (Pro 9.7)

Jimbob, 12 Apr 2016No, it sucks and in my opinion, get the other oneHow about telling us here why you think it sucks then? Surely, you have enough intelligence to do that instead of spitting out a few words?

AnonD-367917, 16 May 2016This statement that you are generalising means different things to different people. Presen... morewow you should write an article yourself, honestly ... you answer that comment with such an answer. what determination.

ASIM, 16 May 2016Apple is claiming that this the replacement of the laptop. But ipad pro lags in software depar... moreThis statement that you are generalising means different things to different people.

Presently, artists use the 12.9 for portfolio showing. Many creative types use the tablet for a very versatile range of uses. For many uses there is no clear equal, and in the areas where there are equivalents (wacoms proffesional tablet) they are not anywhere near equivalent at a whole range of other things.

Sure.. If you want to play a 'by the numbers game' and quote specs sheets; there are other pieces of Technology that sound more impressive, and certainly, not comparing apples to apples, a 'surface pro' can be argued as a competitor (I wouldn't use it as an example because they are vastly different bits of technology, maybe not at a hardware level, but certainly with regards to usability and function)

I have worked in IT nearly all of my life, and after hours I am a techno enthusist. I certainly am very well researched, and unfortunately, I will not take the proper time to preempt an argument with people who don't understand this industry.

Spec sheet numbers are so easy to manipulate to look good, or can often have little actual 'real world' relevance.

The surface pro is an excellent piece of technology. For many many people it will do wonders and be the best thing they have ever owned with regards to computing.

Personally I have no use for one.

In fact the reason I have an Apple tablet (Pro 12.9"), is due to windows 10.
And I wouldn't enjoy using legacy apps and apps not designed for a 12" surface/touch screen interface on its small form factor. Nor would I appreciate the battery life (or lack thereof compared to the alternative I chose).

Sure we can all list a whole slew of software that is considered the best of the best and 'industry standard', and state how it isn't available for iOS.

Therein is the rub-
A lot of that super awesome software is best used on multimonitor setups with a range of input and output options (wacoms, scanners, high speed docks /card readers for cameras, large storage areas for backsups etc)

So a lot of professionals already have that setup.
For them, a reliable tablet with functions that aid and support their design process or something that doesn't 'get in the way' of workflow that makes long hours researching easy, might be what they are after.

And to these people, they would agree the 'Pro" that Apple labelled their new hardware lineup, is apt.

I know that this tablet having stupid amounts of memory (by iOS requirements) is 'future proof' for iOS updates.

I can wifi a sony rxr's 43mp output direct to ipad and edit the file (up to 50mb) in Enlight(software).
The canvas size for some of the art programs, on the pro, is ridiculous for me, but extremely useful for other artists. And playing around on 5.6million pixels of screen (in less than 13" of diagonal) is very nice.

I have many professional grade monitors and display units at my disposal, and love that the iPad is the one on my leg whilst I sit next to my daughter on the couch whilst she watches a movie. (The exception not the rule, but subtitute in; whilst she runs around at the park with other children, my 'go to' screen is a very nice one.

I come from a photography background.
For many things I do, even with desktop wacom multimonitor setups; the apple pencil and the Pro are a very productive and 'killer' combo.

Vs win 10? iOS, (ever growing in capacity and function) is a beautifully stable, non interuptive OS. It aids the creative process by being predictable and 'not getting in the way'.
Win10 has caused me much downtime, and it is embarrasing being 'infield', needing another windows pc to quickly troubleshoot if a clients hardware is functioning (or is in fact just a windows/software issue), pulling out my top tier Vaio laptop, and it has to reboot. Apparently an update needs it to. (This has happened more than once)
Whilst it is easily argued iOS doesn't give full access to the hardware, Microsoft don't give a user much control of their software. I know which I would rather be at the mercy of.

Truth is modern iOS multitasks like a champion.
Software to do just about anything is available. If not, its likely on its way.
Metal (the graphics api) is ahead of direct x 12 for granting efficient access to the hardware, and battery life and speed /heat is the winner.

A surface pro, with a confused interface, never sure if touch or mouse, never sure if for large or small screen interface (windows being very versatile), and having the constant issues that plague a microsoft software product, is, I would argue, not for professionals.

A professionals time is important and valuable,.. More than the one off cost of a piece of hardware (and yes, they no doubt consider all purchasing options).

What the Apple Pro does, it does very well.
My jaw dropped the first time I fired up some CAD software and the realtime render,with textures, at the resolution I was seeing was just insane (smoother than it had any right to be)
*(Flashbacks to coreldraw running on a 33mhz 486 made me laugh; I can barely make my tablet pause for a second no matter what I make it do).

Now, given professionals usually own more than one piece of technology, and this is likely to be supplemental, they can remote access their desktops, or turn the apple tablet into an extended screen, and run ANY SOFTWARE THEY WANT.

So, I won't argue with people who believe that their chosen way (either based on saving money or on having the 'fastest' parts), who visualise all they can do (but not actually very well in a lot of instances), and voice so loudly, calling Apple (as a company) out for any mistep, and want to take task with the 'Pro' tablets.

When people want to be dismissive of iOS and/or Apple... Look for the reasons or the basis of their claims.

This tablet may not be a jack of all trades, but if not, I would argue it is, in fact, a 'master of some"

What it does do, it does very, very well.


(I am happy using it for >90% of all workflow and productivity, meaning it has retired/replaced my need to sit in front of my i7 triple monitor w/ wacom setup. I still fire up my watercooled i7 with gtx780 for games and the odd movie rip)

I use the Apple Pencil and a logitech k480 bluetooth keyboard. Also a rubber case that has a pencil 'slot' for storage. These sit in a small pocket of my IT bag, with another pocket containing a 13" vaio.

THere is also a tonne of occasions where I rest the tablet on a small stand at the dinner table and watch Presto or any other given streaming service instead of firing up the loungeroom plasma and surround sound system.
Maybe because I like the sound of the speakers so much, but likely more the intimate mood that is 'huddled around the table' together watching tv.

Hope i haven't given the illusion of watching lots of tv/downtime.
We don't have an aerial plugged in, mostly just watch blurays (once or twice a week).
I DO admit to spending many hours a day on my tablet.

My body likes the resting on the sundeck or lounging on the couch modes it allows whilst I do heavy reasearch. (Professionals might do this as well, and lightweight, long battery life is an important metric, not given fair weighting, until you've tried it!)

Apple is claiming that this the replacement of the laptop. But ipad pro lags in software department. Its only a big ipad nothing else. Crazy apple.

What is FFC resolution? What other issues in IPAD PRO 12.7 that you find can be improved?TY.

Kel8710, 08 May 2016Hi Anyone know whether any wordings can be written on pdf (read-only) documents and websit... moreNotability?
Liquidtext?

Do either of these do what you seek?

Anyone know whether any wordings can be written on pdf (read-only) documents and website like the 'Screen write' function of Samsung Note?Thanks.

Is the game's are preloaded are only buying

Has the hardware but lacks the software.

AnonD-526614, 15 Apr 2016can the ipad pro be used as a stand alone phone? Not asking about linking or forwarding from a... moreYou cannot make regular GSM phone calls with the ipad pro, you can only make voice calls using apps. I have an ipad pro 9.7 LTE that I carry around everywhere as my daily driver phone using voice calls with apps(i dont carry a separate smartphone). I use the app fongo for my calls and texts, although there are other apps on the app store like talkatone that provides similar service. If you make a lot of calls I wouldn't recommend using an ipad and voip apps to make calls since the call quality is mostly dependant on your LTE or WiFi connection but if you are like me and don't make a lot of calls then using an ipad as a phone shouldn't be too much of a problem.

I'm considering getting the 2nd or 3rd generation 12.9" ipad pro next year to use as a humongous phone lol although it might be a little bit too big even for a crazy big phone lover like me lol.

can the ipad pro be used as a stand alone phone? Not asking about linking or forwarding from a iphone, stand alone make calls from a Ipad LTE.

Nav, 29 Mar 2016Should I buy an iPad pro witj apple pencil or iPhone 6s plus?Just wait on the iPhone until the iPhone 7, 7 plus and 7 pro come out