The first major announcements made by Apple today were a couple of tablets - the new iPad Pro and the iPad mini 4.

The Apple iPad Pro is undoubtedly the more interesting of the duo, packing a big 12.9" display with 2732 x 2048 pixels resolution, which keeps the same pixel density as the iPad Air 2 - 264ppi. 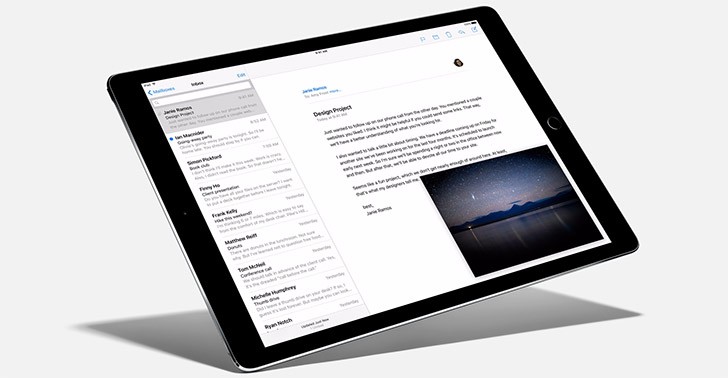 The new display is capable of variable refresh rate, which should improve the battery life. It also comes with a new accessory called announced Apple Pencil - an active stylus specifically designed for the iPad Pro. You can draw various diagrams and stuff on most of the system apps - they have been already updated to support it.

Since the Apple Pencil is an active stylus, it comes with a lightning port and you'll have to recharge it on a regular basis. 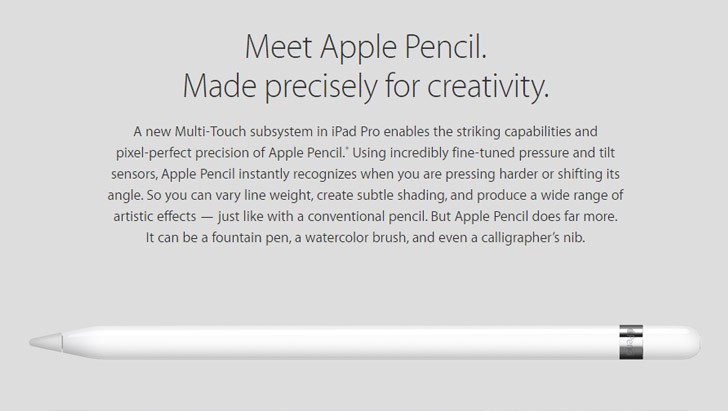 The iPad Pro is powered by a brand new A9x chip, which according to Apple offers twice the memory bandwidth of the A8x (within the iPad Air 2), twice the flash storage speed, 1.8x better overall performance and twice the GPU processing power. We can't confirm the new CPU core count and clock, neither can we yet detail the GPU and RAM amount.

Apple also says the iPad Pro is faster than 90% of all portable PCs shipped within the last year.

The iPad Pro has a promised battery life of 10 hours if you are to use it nonstop.

Apple iPad Pro comes with four speaker system, which support automatic balance depending on how you tilt the slate. There is no word if this is a surround setup, or just a double stereo, but we’d bet on the latter. 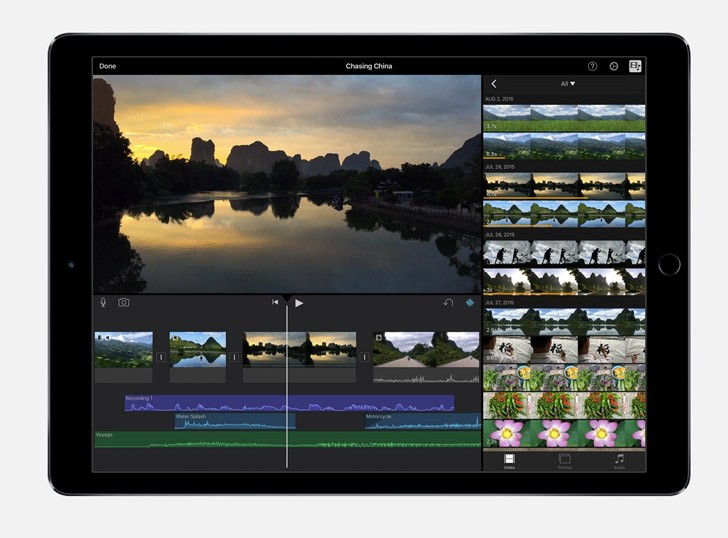 Apple announced another exclusive accessory for the iPad Pro - the Smart Keyboard, which is basically Apple's take on the Surface Type cover.

The Smart Keyboard is an external keyboard, which is magnetically attached via the new magnetic smart connector. It offers a full-blown keyboard and thus you'll have the entire screen estate for your apps. 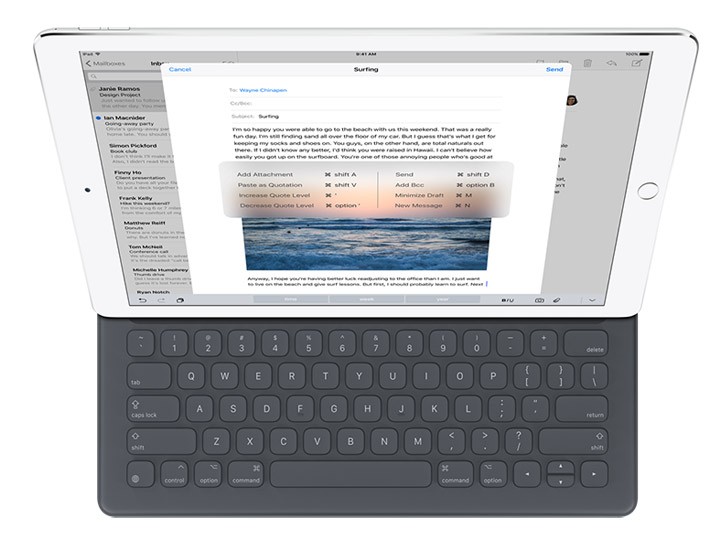 The Apple Pencil behaves similarly to Samsung's S-Pen, even though it uses different technology - you can draw on documents, emails, add notes to word/excel documents. Apple announced it has cooperated with Microsoft and the MS Office was optimized for the iPad Pro and its Apple Pencil.

Apple iPad Pro runs on iOS 9 by default and it supports picture-in-picture and spilt screen view.

The Apple iPad Pro comes with the same 8MP iSight camera the Apple iPad Air 2 offered. Its connectivity options are virtually the same - Bluetooth, Wi-Fiac, and optional LTE Cat.4 support. There is a Touch ID sensor as well.

Finally, the Smart Keyboard will set you back $169, while the Apple Pencil is priced at $99.

Apple iPad mini 4 is now replacing the iPad mini 3. Apple was rather quiet on its specifics though - all it said was that it was a downsized Air 2, so we are guessing an A8x chip and a fingerprint sensor. It will kick off this November at starting price of $399.

The iPad mini 2 remains available and its starting price is now $269.

Is a magnetic keyboard so will take the juice from ipad

is the keyboard also rechargeable???