Apple iPhone 6 to have only 1GB of RAM

The latest iPhone 6 rumor to come out of China suggests that the upcoming iPhone 6 may retain the 1GB of RAM of its 5 and 5s predecessors.

The information comes from a document detailing the RAM chip. While iOS devices generally have done well in the multitasking department despite lagging far behind Android's top devices (which are said to reach 4GB this year) Apple has upgraded their RAM from generation to generation - 128MB for the iPhone 3G, 256MB for the iPhone 3GS, 512MB for the iPhone's 4 and 4S and 1GB for the 5, 5c and 5s.

The GeekBar source that leaked the document has had success with Apple leaks before. 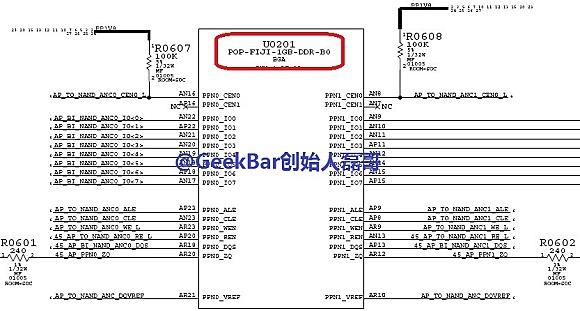 It's a strong possibility that Apple will release a 4.7" iPhone 6 and 5.5" iPhone 6 (or 6L) with different batteries so it's also quite possible to see different chipsets - which could include a difference in RAM.

Luckily there's not that long left to wait - rumors started heating up way back in the beginning of the year and now we're nearing the expected September 9 unveil.

Just face it, Apple screws over their users because they can. They made a brilliant phone with the original iPhone; and even the iPhone 4 was pretty awesome. Then, once they were popular, they said 'screw you, we're going to use cheap parts, charge a...

Exactly!!! Even more so IOS can very much benefit from more than 1GB of ram. Android does not NEED more than 1GB ram either since everyone want's to get technical. Kitkat is made to run well on 0.5GB ram. But the system still benefits from 1,2, and 3...

they might not need more than 1gb of ram but they also don't need 64bit architechure on thier processors so why did they bother to use 64bit chips when they are just gonna use 1gb of ram ??