A new leaked picture of the next generation iPhone 6s motherboard suggest Apple will be using a new Qualcomm modem, which will allow for LTE Cat.6 connectivity and will reduce the energy consumption. 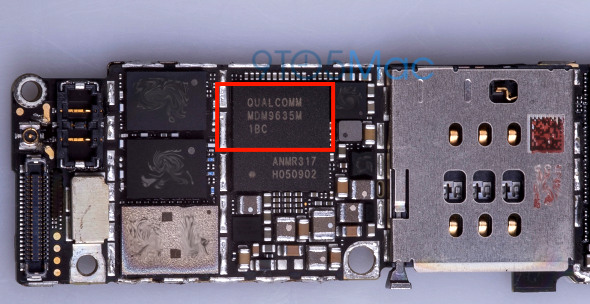 Qualcomm MDM9635M is the chip visible on the board. It is manufactured on a new 20nm process, which reduces the chip size, energy consumption and heat signature. The new modem is also known as 9X35 Gobi and supports LTE Cat.6 connectivity. The latter translates into theoretical 300Mbps download and 50Mpbs upload speeds.

The smaller modem may give Apple some extra space, which can be used either for the rumored Force Touch display or perhaps a bigger battery. If Apple can come up with an even smaller motherboard, than the one in the iPhone 6 generation, we may be getting both.

The iPhone 6s and iPhone 6s Plus should go official in September, but the recent rumors have it Apple is already pushing the new iPhones into production.

No. There are actually logic and realistic reasons why Android if objectively ahead and why ios is a useless scam