Sticking to its usual practices, Apple unveiled the new iOS 9 in June, but at that point it didn't cause too much excitement. Looking much like iOS 8 and bringing only a handful of new features, it didn't stay in the spotlight for long.

Now, a few months later things are different - the iOS 9 biggest update wasn't mentioned at the announcement for understandable reasons - it's the support of the new 3D Touch display and the API that will be available to game and app developers. Depending on how it goes with the early adopters, this feature alone has the potential to alter the way we interact with our phones the same way the first capacitive display and the multi-touch gestures did. 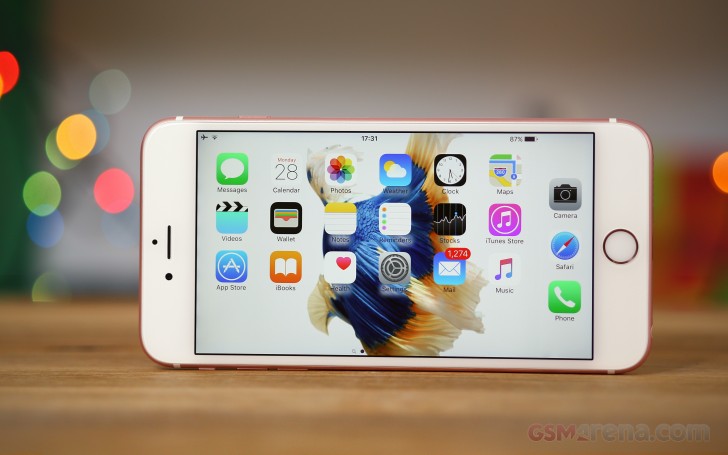 The support for 3D Touch allows for another level of interaction, press the screen for a bit longer (and harder). This gets you access to extra actions and contextual options and we can't wait to see how say, game developers put that to use in the months to come. We'll get back to examining Touch ID and its impact on iOS 9 in a short while, but first let's cover the basics of the new Apple platform.

iOS 9 brings a couple of new apps - News and Notes, while also enhancing Maps with public transit support. Mail and Messages got refreshed and there's a new system font. Meanwhile Siri got smarter, while Spotlight Search expanded its reach.

Visually iOS 9 looks the same as its predecessor. All of your apps are on the homescreen, you can group them in folders and there is the familiar dock that can take up to four shortcuts. System icons, color themes and transparency - everything is like we left it in iOS 8.

The lockscreen hasn't changed much either, but it now supports Live Photo wallpapers - they are either short animations or you can use one of thoseLive Photos that the iPhone 6s duo is capable of capturing. For the animation to activate, you need to press firmly on the screen, which is somewhat counterintuitive and we doubt it will be an oft used feature as nobody would really want to hard press the screen for 3 seconds just to see their lockscreen wallpaper move a bit.

The Control Center that's pulled up from the bottom of the screen keeps the same layout of toggles, shortcuts and media controls. The Notification Center drops from the top and features the same Today and Notification tabs. There are no new widgets or notification options.

The iPhone 6s Plus supports quick app switching between opened apps via a Force Touch gestures. Just swipe from the far left side of the screen with a firm touch and you'll get to the app switcher. Upon choosing the app you want to go to, this gesture starts alternating your current app and the one you've selected. Say you are browsing and Facebook chatting simultaneously, you can switch between the two apps with just a firm swipe from the left. It sounds a bit complicated but it's actually quite intuitive once you try it.

The Spotlight search has been improved. You can invoke it by a downwards swipe from anywhere on the homescreen, or go to the leftmost pane. It has been updated and can now do simple calculations and conversions. It also supports finding sport scores and weather forecast information. And finally, you get shortcuts for making a call or sending a message to any of the contact results in the Spotlight searches.

In the absence of any form of multi-window multitasking (or, well, any multitasking), the Plus does at least have a landscape mode for the homescreen and a dual-pane layout for some of the native apps. Safari goes beyond that, rearranges its bottom control bar and places it on top around the address field, and adds another bar for quick access to tabs.

Next, there is the new pro-active assistance available system-wide, which is more or less Apple's take on Google Now - it provides relevant information to you in advance - before you start typing something or before you leave for some place (work, home).

When it comes to predictive input, iOS 9 would gradually learn the way you type and search and would eventually become a passive yet very useful assistant. This will take off some pressure of Siri and yet make your interactions with the iPhone much easier and pleasant.