3D Touch aims to be the next big thing 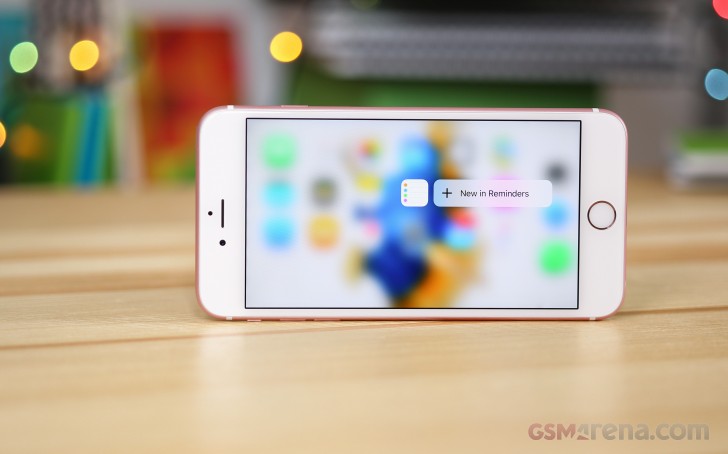 Applying force on the Calendar pops up New Event option; on the Clock - New Alarm/Start Timer/Stopwatch; on Maps - Directions to Home, Share location, drop pin and search nearby; on the Stores - Redeem and Search; on the Camera - Take Photo, Take Selfie, Record Video and Record Slow-mo.

Force Touch on Safari and Mail

As you can see those force taps on the homescreen are indeed useful sometimes, but are hardly something you can't live without. What really matters is what you can do within the apps with 3D Touch.

3D Touch is meant to allow you to get more content than you normally get on a screen, so that you can give it a quick glance and let it go - all of this with just one firm long press.

If you press hard on an email within the Mail app, first it will be selected by blurring all the others. Applying slightly more force will pop its contents into a balloon for you to see it. Here you can either apply more force to open the whole email, or release your finger thus you'll be back on the email list.

While you are holding the Mail balloon open, you can swipe it up and you'll get advanced options such as Reply, Forward, Mark, Notify Me and Move.

You can do the same on Messages - a firm press opens a preview of your most recent messages with this contact and if you keep pressing you'll eventually open the full thread.

Tapping with force on a contact in the Phone app pops up Mail, Message and Call shortcuts. Tapping on a day in the Calendar pops up a preview of the day's events and will eventually open the full day view. The Notes app has the same logic.

Force touch on a photo in the gallery will pop up a photo preview. If you move your finger towards the top you'll reveal a menu with copy, share and delete settings. If you swipe down or just release, you'll put this photo back on the pile.

And if you opened the photo already, a strong Touch will invoke its Live Photo, if available.

Safari also takes advantage of Force Touch - hit a link firmly and you get a pop up with the linked page and if you like what you see you can press harder to open it, or just release it for discarding.

Finally, one of the most meaningful uses of the Force Touch is selecting text. If you do a standard tap and hold on text you'll begin scrolling through the words. And when you apply force to activate the Force Touch, you begin text selection from this very moment. This eases the entire text selection process tremendously - just scroll to your desired place and force touch from there and continue scrolling until you're done.

That's basically all of it at the moment - it's not much and certainly most of the functionality feels, if you pardon the pun, forced rather than intuitive and helpful. However, we get the feeling that Apple is simply trying to give hints to developers with those. Those are just ideas with the hope that developers will actually put the feature to great use in their apps.

Given the chance, 3D Touch may turn to be a breakthrough that will shape smartphone usage for years to come. Similar to what Apple did with multi-touch or the fingerprint sensor.

What does add more fuel to the 3D Touch fire is that other manufacturers began announcing phones with similar tech shortly before Apple's event, so there will be more companies that want to see it succeed and in turn more developers willing to give it a proper consideration.