Gert Frolund Pedersen, professor at Aalborg University in Denmark had his name first known in the tech circles with the iPhone 4 "Antennagate" scandal. Ever since, the antenna expert has been putting phones under careful testing, with a focus on the antenna performance. The Apple iPhone 6s reception was the latest to be subjected to his tests and the findings aren't very flattening. 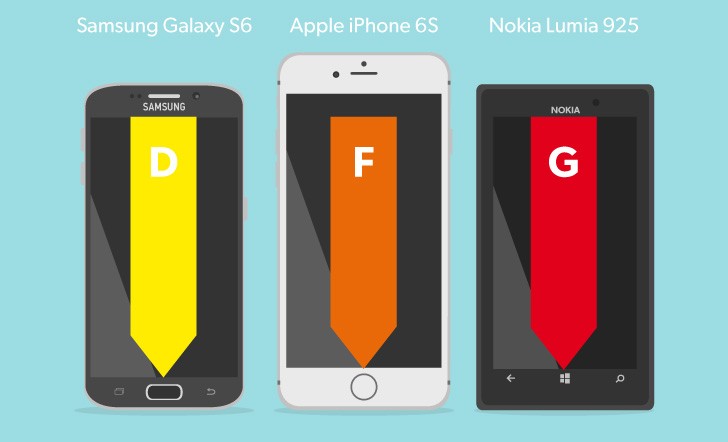 Pedersen pitted the iPhone 6s against a variety of phones including the iPhone 6, Samsung Galaxy S6 and the Sony Xperia Z5 Compact. The reception test measures the antenna performance in the GSM 900 frequency band in dBm. This is the band most often used for placing calls and is the backup band of choice in Denmark and a number of other GSM countries.

The professor conducts the tests in a radiowave-proof environment and found out of the 37 phones tested, the iPhone 6s is 30th with a -93.0dBm. The Samsung Galaxy S6 is almost at the top placing fourth with a -97.8dBm, while the Sony Xperia Z5 Compact is 10th.

While the numbers seem relatively close, that's not the case. Decibel is a logarithmic unit, with -100db being 10 times better than -90db. This means that the difference between the Galaxy S6 and iPhone 6s signal strength is roughly three times.

The problem with the reception of the phones, according to Pedersen, is the size of the antennas inside. Now, manufacturers are placing their attention on screen size and battery capacity and there's not much space left for a larger antenna to be placed.

Wait, I'm confused, I thought the lower the decibels the better the service, the higher the worst? I have looked this up in multiple locations on the web and I feel I'm on the right school of thought, is there something different he is measuring or d...

well I have had a trusty 4S and for no reason I got a 5S -- NO Service was all I ever got except every now and then. Admittedly reception is rubbish but the 4S coped manfully. Apple replaced the 5S twice butin the end refunded me. What is th ...

Been to Apple Store numerous times and am on my third iPhone 6s!!!!! To hold a conversation on phone I have to go and stand by my front door! Or window to hold a conversation. I still have my iPhone 5 and am now going to ask for refund and go back ...