Controversy. Apple loves it. It fuels it and it's fueled by it. Rarely is brand hate more vocal and yet people stand in line to get the latest phone. It's part of the marketing game, and it has somehow always worked in Apple's favor. The iPhone 7 is probably the most controversial iPhone yet and Apple likes it this way.

So, is Apple giving haters something else to complain about or is there a hidden agenda? A long-term masterplan that most of us are unaware of? And does the average Joe care enough for it to hurt sales? 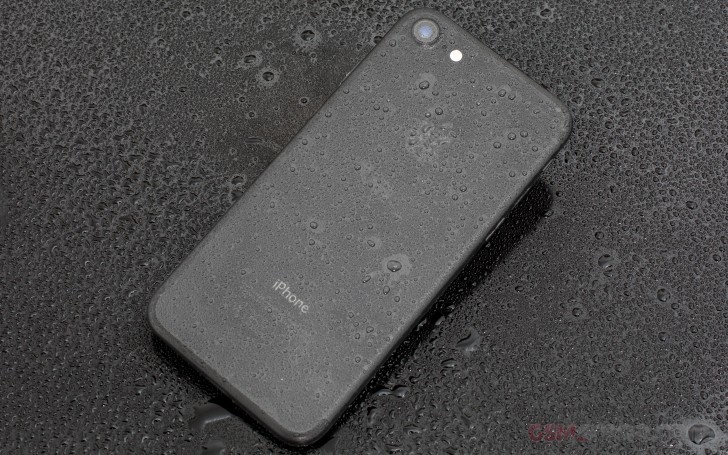 But let's not look that far ahead for a moment and forget about agendas. The jack clearly has implications - beyond the pure audiophile qualities and aesthetics - on how music will be consumed and paid for. And that's controversial enough, long-term.

So, stereo speakers but still no stereo sound in videos - mind you, it's 4K videos we're talking of. Lightning port instead of USB-C. Still no wireless and fast charging, no proper NFC support (which Apple may need down the line if wireless audio accessories are the next logical step).

Yes, the iPhone 7 comes without an audio jack and pretty much without a Home button - one that you can press the old fashioned way anyhow. It uses the same design and same screen size and resolution. And, yes, it's better than the iPhone 6s in so many ways.

If you are still not impressed, though, the iPhone 7 Plus could be your thing, with a bigger screen and a brand new dual-camera setup, involving a regular and telephoto lens. Or, you may want to wait for the anniversary iPhone next year and keep a very capable iPhone 6s around for another year - if you don't insist on water protection and stereo speakers.

Speaking of dual-cam set-ups, the Huawei P9 and Honor 8 are packing excellent dual 12MP shooters each, one monochrome and one color. Both phones are equally powerful and run on the same Emotion-skinned Android, but the P9 opts for an all-metal design, while the Honor 8 goes for glass. The Leica-certified P9 is one of the best shooters out there both day and night, the Honor 8 quite a worthy performer itself. And, of course, those are cheaper than the iPhone 7.

The Samsung Galaxy S7 is a water-proofed, brilliantly designed powerhouse. Its Super AMOLED screen is of higher resolution, and its 12MP camera is much better, in fact, one of the best in the market.

The HTC 10 is less popular perhaps, but by no means underpowered or less attractive. It is a premium handset with flagship-grade metal build, a comparable camera and the latest Snapdragon 820 chipset. The 5.2" Super LCD5 screen of Quad HD resolution offers a superb multimedia experience.

The OnePlus 3 shares a lot with the HTC 10 except for the price tag. It's much cheaper than both the HTC 10 and the iPhone 7, but still delivers a great 5.5" FullHD screen, a Snapdragon 820 chip, and a better 16MP main camera with OIS.

Finally, if you fancy compact and affordable flagships, the Xiaomi Mi 5 is very thin and lightweight but packs a great screen, chipset, and camera.

So, we got ourselves a bag full of various potential rivals and none would mind that its name came up in relation to the iPhone 7. But we have a feeling that the bigger iPhone 7 Plus will get most of the flak from the competition. The user preference is moving towards 5+ inch screens, and there is also the dual camera setup, which would make for an even more intriguing review.

Of course, Apple has never been about the screen size and pixels, CPU cores and RAM, or insane camera specs. It's about the premium design, the content, the consistency and the user experience. Music is a big part of the smartphone experience, and we guess you see how the jack has implications on all of these. And it's exactly the reason why losing it is a big deal.

But then... The A10 Fusion chip, waterproofing, stereo speakers and sane storage options - these are some of the things the iPhone 6s didn't have and the iPhone 7 kindly delivers. Are they suddenly irrelevant? All you ever wanted was the jack? Come on.

And yet, the iPhone 7 will probably go down in history as the one that got rid of the jack first. Controversy? Yes, Apple loves it.