Apple hops on the dual-camera train

Apple completely revamped the imaging abilities on the new iPhone 7 Plus. Like its smaller counterpart the Plus shares the updated 12MP sensor that is reportedly 60% faster and 30% more efficient, the brighter f/1.8 aperture that should let 50% more light, the new six-element lens as well as optical image stabilization.

Apple reserved its best innovation for the Plus model. On the back, next to the standard 12MP camera sits a new 12MP sensor with a whole new telephoto lens which Apple aims at portrait shooters. Effectively, it's a 56mm f/2.8 lens which is twice as narrow in terms of field of view and about 1 ⅓ stops slower compared to the 28mm f/1.8 main lens. This means that the main camera lets in about 2.3x more light than the telephoto one and this is of great importance when it comes to low-light photography. 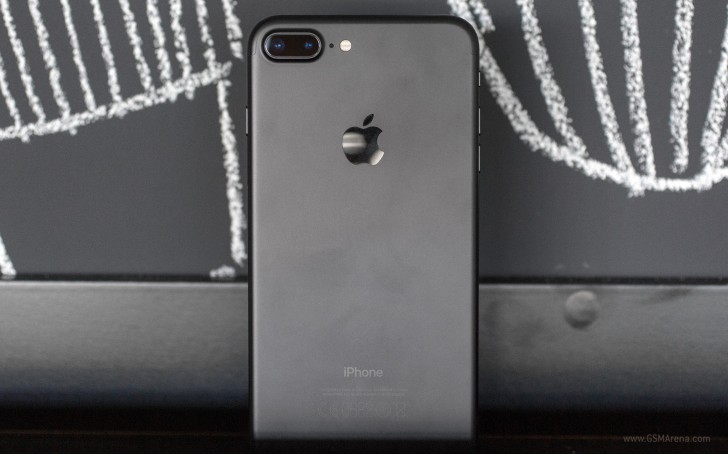 There are camera improvements around the front as well with a new 7MP FaceTime HD camera, a healthy bump from the 5MP of old. The selfie snapper is aided by Apple's excellent Retina Flash as they call it - it flashes the screen to serve as an ambient flash.

Live Photos are available as before - if you activate them, those 3s small videos are captured automatically and the new thing about them is that they are now stabilized so they look much smoother.

We can confirm the camera is blazingly fast. There is no pausing for loading or saving even when taking bursts of photos (even a hundred images or more). We just wish Apple would finally implement a quick way to launch the camera, like a double press on the home button.

All settings and shooting modes are laid out logically and the only setting we miss is a toggle between 1080p and 4K video recording, which instead of being accessible from the camera UI, requires you to dig deep into the phone's Settings menu.

On the iPhone 7 Plus you get two new additions - a zoom button, which gets you directly into the telephoto camera, and a new Portrait mode that's still available only on Beta iOS10 builds. We installed the beta software on our review device and you can read more about the current implementation of the Portrait mode further down.

Even though Apple upgraded the camera with a new sensor and a brighter f/1.8 lens, it's still 12MP in resolution and the daylight photos snapped with the iPhone 7 Plus are quite close to what we had on the iPhone 6s and identical to the iPhone 7's.

We spotted some softness in the extreme corners of the images, something we haven't seen on older iPhones - possibly a direct result of the new, brighter lens, but the issue rarely manifests itself.

The image processing algorithm doesn't look changed and it's still among the best in the mobile business. Fine detail is nicely represented with good amount of sharpening which looks balanced compared to LG's or Samsung's.

Other than that, the colors and contrast are great and the dynamic range is simply great - probably due to some clever Dynamic Range Optimization routine - much like you would get on dedicated big cameras. In any case, the iPhone 7 Plus delivers the most balanced dynamic range from any smartphone at the moment.

As expected, HDR mode expands the excellent dynamic range of the iPhone 7 Plus. Apple's approach is mostly about bringing back the highlight detail and only slightly enhancing shadow detail.

Interestingly, the HDR photos appear a bit darker than the non-HDR ones, but they offer higher detail in both shadows and highlights.

OIS allows the iPhone 7 Plus to drop the shutter speed to as low as 1/4s when shooting handheld, which is an improvement over the 1/17s the iPhone SE/6s camera settles at in the dark. This combined with the wider aperture should allow the iPhone 7 to take better low-light images.

We shot a few comparative night samples between the iPhone 6s Plus and the iPhone 7 Plus. The exposure on both pics is comparable but if you pixel-peep the images, you can appreciate the higher sharpness and slightly lower noise levels on the iPhone 7 Plus thanks to the lower ISO. The thing is that you really need to zoom in to appreciate the difference. When you zoom them out to fit a computer screen, the samples look almost identical.

The iPhone 7 Plus has four LEDs for its flash and indeed, it's twice as bright as the one on the iPhone 6s/SE but this will probably matter at longer distances. On the other hand, if you use the flash as a flashlight, then you'll greatly appreciate the new one.

You can finally capture RAW images with your iPhone. There is no such option in the stock camera app but as of iOS 10 Apple now has an API that allows third-party camera apps to do so (and there are already a few camera apps in the App store that support RAW capture).

The RAW image allows you to procces the photo in a way that you prefer - you can losslessly tune the exposure, the sharpening, the noise reduction or the color temperature exactly to your liking and you can then export the result as a regular JPEG file. Below you can see the out-of-camera JPG and a DNG edited to taste and see the kind of benefits shooting RAW brings along. 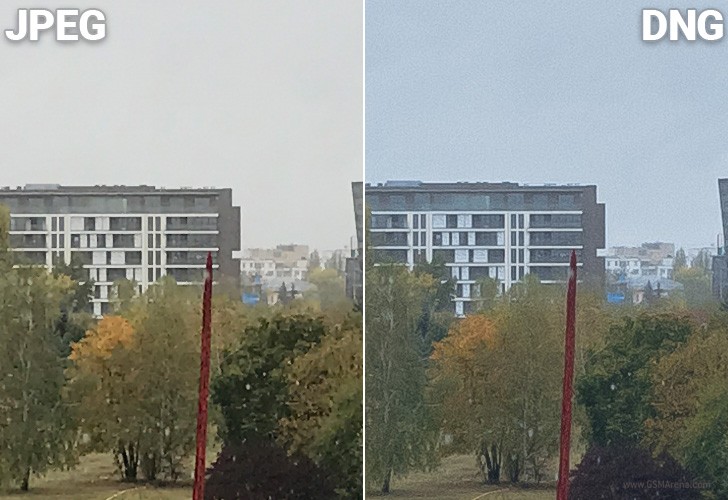 We love iPhone panoramas because they are the only HDR ones around - meaning the exposure is constantly being adjusted to be even across the scene - we can't believe Apple is still the only one doing this. 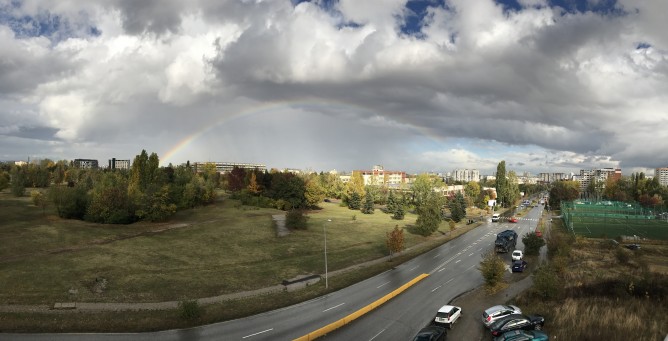 The front-facing camera got its resolution boosted to 7MP and records 1080p video. It can use the so-called Retina flash, where your screen lights your face up in particular color to provide more pleasing skin tones depending on the color of the available light.

The resolved detail is higher than before, the contrast and colors are very good, while the exposure is always based on the subject, which leaves the background overexposed at times.

Without a doubt this is one of the finest front-facing cameras out there.

You can check out how the 12MP wide-angle and telephoto cameras perform in our dedicated compare tool. 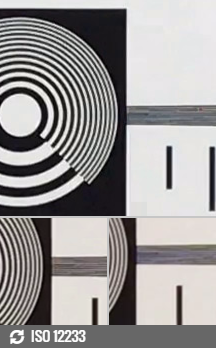 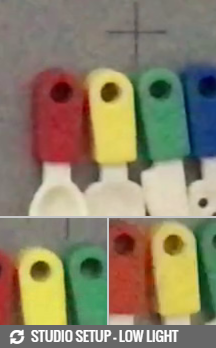 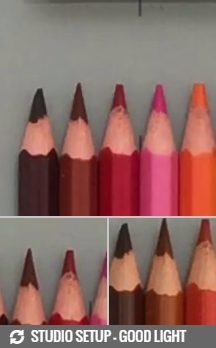 Apple iPhone 7 Plus in our photo quality comparison tool

Apple iPhone 7 Plus telephoto in our photo quality comparison tool

Here's where things get a little bit tricky. Apple wants you to use the telephoto camera only in really good light and mostly for portraits. Due to the lens' narrower aperture of f/2.8 (which gathers less than half the amount of light of the main camera), the lack of optical stabilization and its smaller sensor the telephoto camera is unfit to capture low light images. When the light is low and you try to use the 2X camera mode the iPhone 7 Plus will resort to using a digitally zoomed photo from its main camera.

This may sound barbaric to seasoned photogs but the reality is that a digitally-zoomed 28mm image is still better than what you'd get if Apple allowed you to use the 56mm camera with its smaller, noisier and non-stabilized sensor in low light.

You can semi-easily find out if the iPhone 7 Plus uses its telephoto camera or a digitally-zoomed wide-angle one. When you tap the 2X software button to go into the telephoto mode, the second camera will do a quick exposure adjust, which you can see as a quick flash on screen - it's really quick but noticeable. If the iPhone 7 Plus decides to use digital zoom instead of the second camera, this jump in exposure won't happen.

When you have really good light, the telephoto camera comes in handy when you need a bit of zoom. Its resolving power seems up to par with the main camera too and it has the same great processing, colors and dynamic range. But since the telephoto lacks optical stabilization, it needs a faster shutter speed to capture non-blurry images and will never fall under 1/50s, which is reasonable for handheld images.

Portrait mode uses the Telephoto camera and some software trickery to create a photo with a faux bokeh - an artificially blurry background resembling the one that naturally occurs when you shoot with a large sensor camera. Apple announced the feature on stage at the keynote but still hasn't released it officially. Luckily, the latest iOS beta gives you a chance to try the feature in Beta.

The phone uses the second camera to map the depth of the scene and would attempt to isolate the subject in front by blurring the background. This works best when you're shooting a well-lit subject, which stands out against the background. The software will get fooled by strong backlight or a busy background.

Portrait images look great if you don't zoom to pixel-peeping level and is one of the best, if not the best, software bokeh effect out there.

The feature is still, quite literally, rough around the edges, but we expect Apple will streamline it before releasing it to everyone.

Portrait mode off and on

The video options are in the iOS Settings menu

The 4K videos are identical to what you get from the smaller iPhone 7 - they are slightly less processed than still images - with very little noise, less sharpening, while the detail is great if not quite class-leading.

Dynamic range is once again impressive and the frame rate is pretty steady, but the mono audio is disappointing.

The telephoto camera offers the same video capturing abilities - all the way up to 4K at 30fps. In good light, the telephoto camera matches the main one in video quality. Detail levels are high, sharpening is balanced and dynamic range is almost as wide as on the main camera, which is impressive considering the smaller sensor size.

The electronic stabilization does a fine job of keeping videos steady. It does a remarkably good job of stabilizing videos from the telephoto camera too.

When the light is low, the iPhone 7 Plus will, once again, use a digitally-zoomed wide-angle camera, instead of the telephoto one.

The 1080p videos at 30 and 60 fps are among the best we've seen, well stabilized again, with great amount of detail, fine colors, a steady framerate and superb dynamic range. Once again - the audio is just mono, which is rather hard to swallow at this price point.

The Apple iPhone 7 is ready to meet the competition in our Video Compare Tool. You can notice the clear superiority of the Galaxy S7 over the iPhones when it comes to detail.

Below you can check out how the wide-angle and telephoto cameras stack up against each other and against our extensive catalogue of tested phones - in both 4K and 1080p.

Apple iPhone 7 Plus in our video quality comparison tool: 2160p 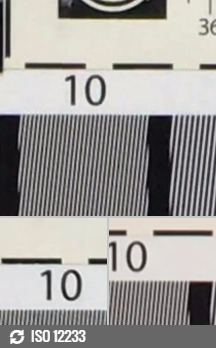 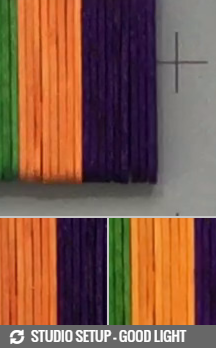 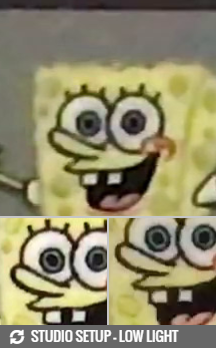 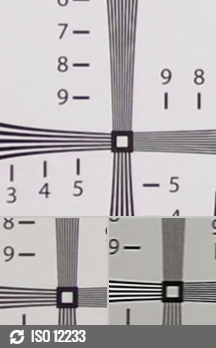 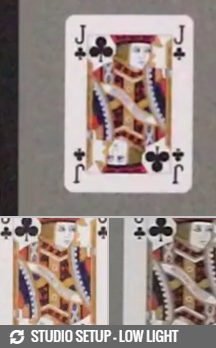 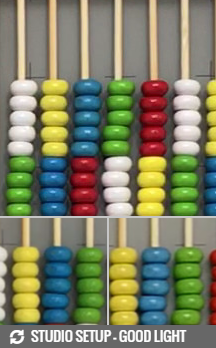 Apple iPhone 7 Plus in our video quality comparison tool: 1080p 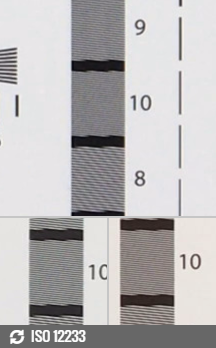 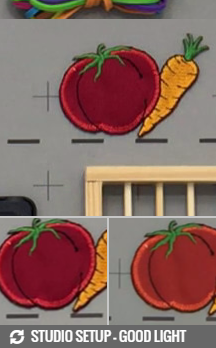 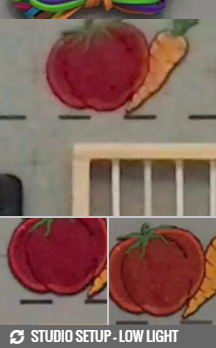