The last time Apple launched an iPhone with a home button was back in September 2017 - the iPhone 8. Since then, the company has adopted full screen design with wide notches. However, the home button might be in for a return in 2020.

We have seen reports which suggest Apple will launch an iPhone with a home button in March 2020, and it will be called the iPhone 9. However, there have been some conflicting reports as well, which claim that Apple will skip the Touch ID on iPhone 9 in favor of Face ID and a bigger screen.

Now the latest information coming our way from reliable leakster Evan Blass once again suggests that the iPhone 9 will sport a home button, and it will go official in Spring 2020.

The renders of the iPhone 9 leaked earlier this month revealed its design, and rumors have it that it's basically the iPhone 8 with improved innards. We will hopefully know more about the iPhone 9, or whatever Apple decides to call it, in the coming weeks. 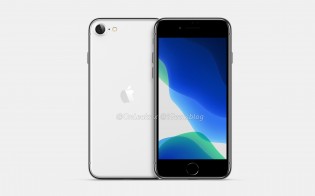 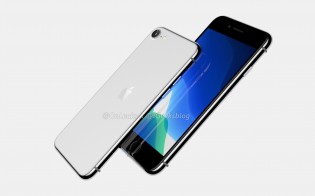 Workers are working by the line. Makes the engineering dept a feat in itself. Sorry about the previous post with the se flat metal design the round sides is better just like on the 8 xr & 11. The back would no longer be glass but matte not brushe...

I am 100% sure you do not know what is "burn in". A burn in is NOT caused by excessive heat LOL. No modern day screens are damaged by HEAT as demonstrated by Jerryrigeverything

So, I don't understand how Apple does it, so this picture of the iPhone 9 looks like the iPod!