Apple iPhone X display: how big is it, really?

The Apple iPhone X has a 5.8” screen... except it doesn’t. You can see on the official site that the 5.8” measurement is for a rectangular screen while the X has rounded corners. But that’s a minor quibble, the bigger issue is that there’s a cutout at the top of the screen, which limits the usable area.

The aspect ratio of the new Super Retina Display is 19.5:9, wider than even Samsung’s 18.5:9 (LG and Xiaomi use 18:9). But again, the cutout means you get a small screen that you can practically use. 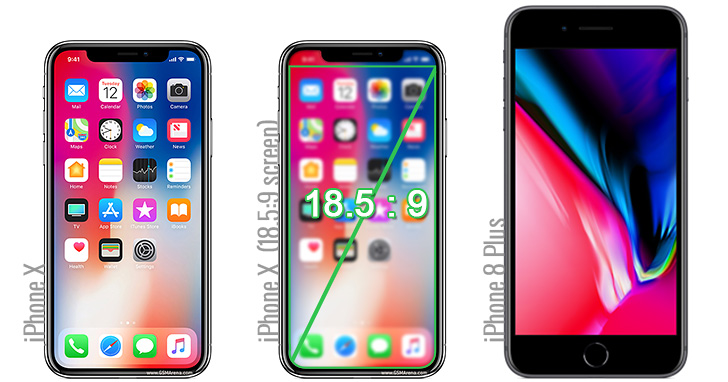 In fact, ignoring the top portion leaves a screen that’s just about 18.5:9 in aspect ratio. If you were to just use 16:9 – the traditional widescreen format that basically all TV shows and YouTube videos use – you’re left with what is effectively a 4.96” screen.

This gives you slightly more area than the iPhone 8 – about 10% more surface area for video. But you do get extra area vertically for apps, website and instant messaging (especially since the keyboard eats up vertical space).

Now let’s imagine that the iPhone X has an 18.5:9 screen and a “secondary screen” above that (the horns around the cutout). Then the diagonal is equivalent to that of a 5.56” screen.

That is smaller than the 5.8” Galaxy S8, a phone that is taller but slightly narrower. This is due to the curved sides, which cancel out some of the bezel when it comes to the width of the phone. 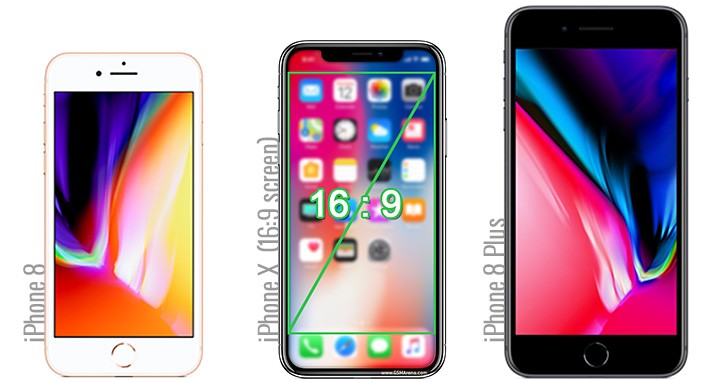 Let’s compare with the iPhone 8 and iPhone 8 Plus now. They have perfectly straight screens – no curves of any kind.

You get nearly 30% more surface area than the small 8 (and a taller and slightly wider display). Against the bigger 8 Plus, you lose about 5% surface area (and the display is both shorter and narrower).

In short, the iPhone X offers a screen that’s about as big as that of the 8 Plus, though content will have to fit on a narrower screen - 61.8mm vs. 68.5mm. You’re in for some extra word wrapping.

I have the IPhone X now for two weeks and here is my take on it being a true fan of the 6 plus. the main reason I purchased this phone was for the smaller size with almost the same screen size as the 6 plus. I love the size. fits better in my hand an...

never said i need it. I just hate marketing lies ;)

So that repair centers can charge a fortune, if you drop it....