Apple will launch at least one iPhone with LCD in 2018, industry insiders in Japan reported. It will be one of three new flagship phones, the other two allegedly coming with OLED screens.

The inside information comes as a blessing to Sharp and Japan Display, two of the main LCD manufacturers in the market. Their shares went down massively after the iPhone X came out with an OLED screen, supplied by Samsung. 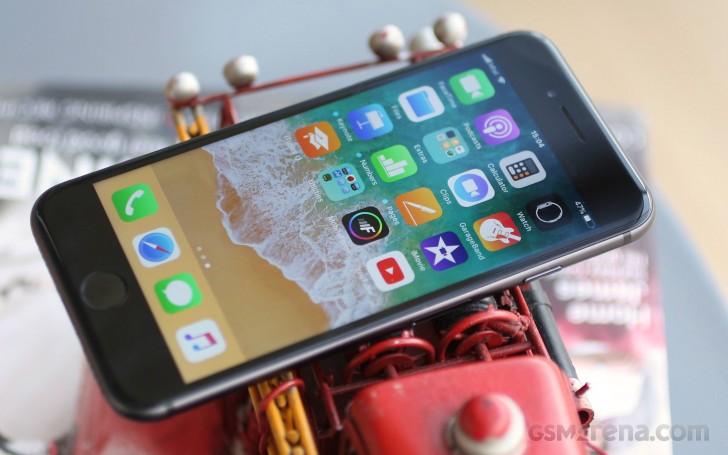 Apple iPhone 8 with an LCD

The LCD iPhone will have 6.1” screen and metal case, including the back panel. On the contrary, the other two iPhones are expected to have 6.3” and 5.8” displays, according to the same source. Having a metal body means no wireless charging, though and it seems unlikely that Apple will drop the feature so soon after it adopted it, so apply healthy skepticism to the whole thing.

Back in the summer rumors suggested that Apple might start building its in-house OLED panels next year to curb the enthusiasm and income of LG and Samsung display divisions.

Yes anything is better than apple at least by price only exception is brand called Vertu, Gresso, and Huawei Mate Porsche design. Rest of the phones cost less money and do the same tricks as much more expensive apple. For example Moto X4 have equa...

Man have Lenovo Vibeshot from almost a release date which was 2 and half years ago from then phone working still as a new and i am heavy gamer. So your comment was out of sense. Untill you dont try chinese model you cant say they wont last as l...

How was apple retina better if Nokia LCD got better scores in every department (703 nits, 1840:1 contrast, 4.239 sunlight legibility)?