Apple MagSafe Duo charger is slower than the regular MagSafe

Apple introduced its MagSafe compatible accessories back in October and one of the more impressive gadgets was the MagSafe duo charger that can fill the batteries of an iPhone and an Apple Watch simultaneously.

Now the company finally listed the accessory on its website giving us a few more details. The news aren't great though - its charging speeds only reach 14W though, which is lower than the single MagSafe 15W charger.

The bad news do not stop here - the $129 accessory ships with no power brick - there’s only USB-C to Lightning cable in the box. You have to purchase the 20W USB-C power adapter separately and doing that will only get you 11W charging speeds. 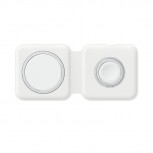 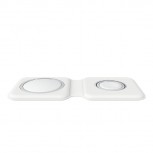 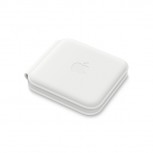 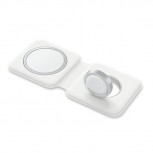 To achieve the 14W rates you need a charger of at least 27W, which for that that want to stick with Apple official accessories means they need to purchase the 30W plug for the MacBook that costs $49.

Quick math shows that $178 gets you 14W wireless charging for one phone and one smartwatch. For comparison, the single MagSafe charger costs $39 and works with the $20 20W USB-C adapter.

But iPhone is the first "smartphone" as we know it today

Bbk electronics for the most part and huawei in terms of camera, apple is a bit innovative, as it invented the smartphone, and this year with magsafe and the sensor ois and a bit outside th smartphone world, like the apple pencil