One of the key features that Apple chose to talk about during the iPhone 5 keynote yesterday was the camera. The camera on the iPhone 4S was already impressive and if Apple is to be believed, the one on the iPhone 5 is even better. 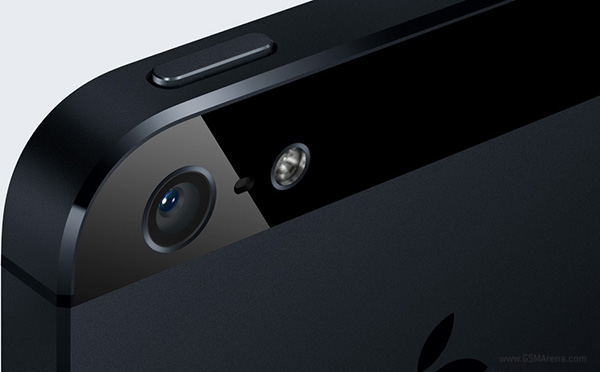 Now on paper, the camera on the iPhone 5 is identical to that on the 4S. It still has the same 8 megapixel backside illuminated sensor with a hybrid IR filter, five element lens and f/2.4 aperture. Except now the whole system is 25 percent smaller to fit inside the thinner phone. 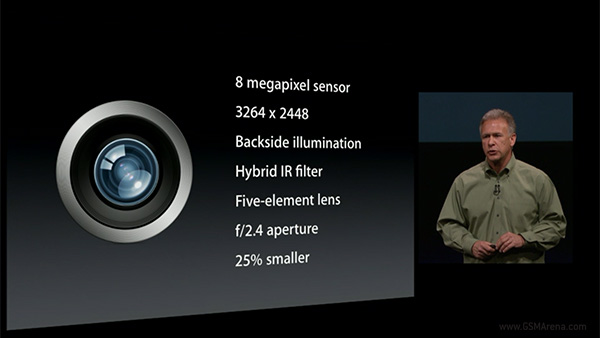 But there are some other changes that would affect image quality. The iPhone 5 camera has a dynamic low light mode, which is said to analyze adjacent pixels in low light conditions and give the camera "up to 2 F-stops greater performance". It's really not clear what they meant by this but our best guess is they now have brighter low light images (up to two F stops). And since they cannot achieve this by simply lowering the shutter speed (that would result in blurry pics), they are probably talking about the iPhone 5 being able to shoot at up to 2 stops higher ISO value with the same amount of noise.

Now the jury is out on how are they able to achieve this with a smaller camera module. It's either Apple is using oversampling such as the one we saw on the Nokia 808 PureView or the iPhone 5 is merging several rapidly taken shots into one lower noise image. Of course, it could just be a more clever noise reduction processing, but we all know that even though that works against noise, it also smears away fine detail. We'll have to wait to get the phone in out hands to find out. 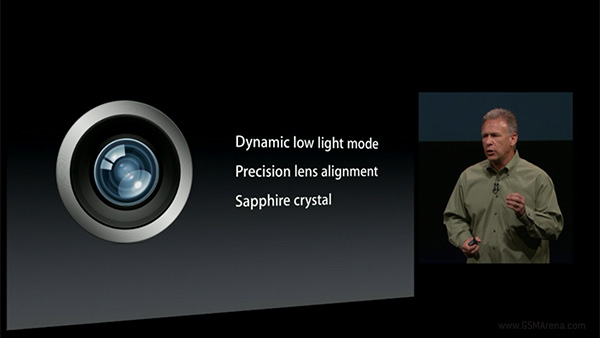 The new system is also using precision lens alignment along with sapphire crystal for the lens cover. The latter is known for its sturdiness so you won't see any scratches that could potentially ruin your shots. 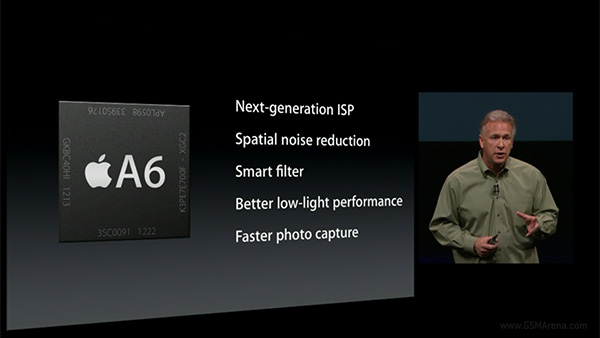 Other than that there is also a new ISP (Image Signal Processor), spatial noise reduction and smart filter for analyzing the surroundings and intelligently reducing the noise depending upon the area, improved low light performance and 40 percent faster camera speed.

There is also a new panorama mode in the iPhone 5. Although Apple is late to the panorama party, they have done it right. The iPhone 5 takes high resolution 28 megapixel images in panorama mode, which is seriously high even by point and shoot camera standards. The panorama shots on most phones turn out to be low resolution, which makes them fairly pointless. Undoubtedly, the new A6 processor is helping out a lot by flexing its silicon muscles while stitching such high resolution images.

Lastly, the video recording has received a minor bump. The resolution is still the same at 1080p@30fps, but the already good digital image stabilization has reportedly been improved even further. It can also detect up to ten faces while shooting videos and you can also take pictures while recording.

But the proof of the pudding is in the eating and although we don't have the phone in our hands yet we do have the full size sample images provided by Apple.

Looking at the pictures in general you can tell they look impressive. They are sharp, with good amount of detail and the colors look natural with just a hint of added warmth. Look a bit closer, though, and you'll notice that there is a fair amount of luminance noise in the images, especially in areas such as the sky. It's not as unsightly as the more common chromatic noise but at the end of the day it's still noise. There is also noticeable highlight clipping on most of the brighter areas in all photos, meaning the iPhone 5 hardly outputs any better dynamic range than the iPhone 4S or iPhone 4.

Unfortunately, Apple has not provided any low light images or even panorama images, so we can't judge those at the moment. There are also no sample videos like last time.

According to the astute observers over at dpreview.com, these sample images serve as one proof that the iPhone 5 uses a different sensor than the iPhone 4S. The provided sample images are shot at ISO50 and the iPhone 4S was reportedly not able to shoot as low as that (ISO64 being its base ISO value).

Like we said before, the iPhone 4S already had a pretty amazing camera so any improvements over that are definitely welcome. Still, we will wait till we get the phone in our labs and run it through our usual tests before delivering the final verdict.

i got an iphone 5 and am really dissapointed. these are the owest res photos i have ever had. my nokia N8 is 10X higher res and even my old blackberry takes higher res photos then this. apple is literally promiting false advertising with this phone. ...

pixon 12 if you look in the comparison actually did better in some situations.

my almost 3 year old Nokia N8 takes way better pictures than that infact the N8 is probebly still the second best camera phone out there (not sure if it's better than the Nokia Lumia 920 but thats not out yet)the only phone i've heard of thats got a ...