Apple has released iOS 12.0.1, which fixes one of the issues users had reported. It fixes the problem where connecting the charger cable to the iPhone XS would occasionally not start the charging until the display was turned on. 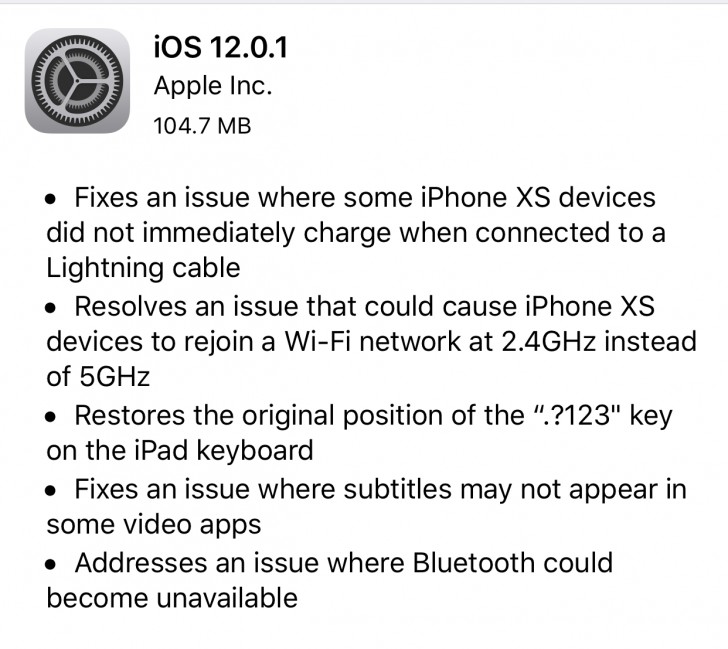 Apart from that, the update also fixes a couple of other issues, including a Wi-Fi issue where the iPhone XS would apparently connect to 2.4GHz instead of 5GHz band when rejoining.

Apart from that, there are also fixes to subtitles not appearing in some video apps and Bluetooth unavailability issue.

The update is only around 100MB and is now available to download on all compatible devices.

Well earlier it was the same 3hrs for 600-800$ but now its a 3hr wastage of time everyday along with 1850$. So the change is you lose even more now...not only time but also money. Also don't forget that you will also be losing signal every now and...