Apple released iOS 5.1.1 today for the iPhone, iPad and iPod touch. It is just a minor update that focuses on bug fixing rather than adding any new features.

The following is the official changelog for the new update. 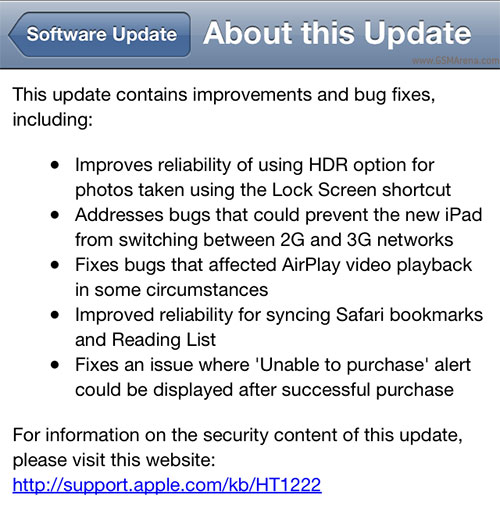 As you can tell from the screenshot above, the update was also released as an OTA download for devices running iOS 5 and above and weighs in at just 54MB. If you have an iOS device running a version prior to iOS 5, you'd have to connect to iTunes to download the latest update.

We haven't really noticed any of these bugs in the previous software version so we can't tell if the update really fixed them or not. If you did, then let us know in the comments below.

Just up dated my iPad and have lost brushs and dictionary and kindle books...why??