Apple has released the iOS 7.1.2 update. The update brings with it some bug fixes and security updates. 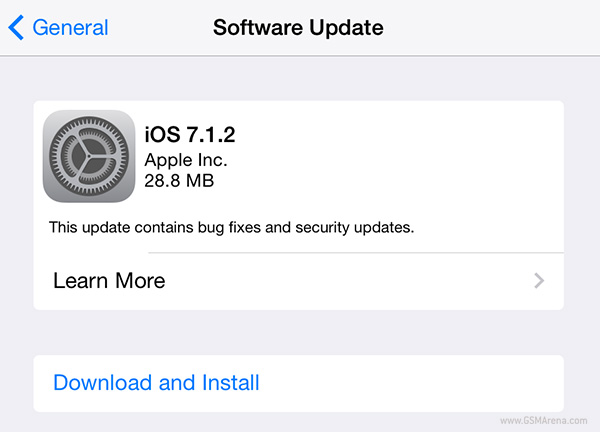 The update is around 28-30MB depending upon the device, if you download on the device itself.

Along with iOS, Apple also pushed an update for OS X, bumping it to 10.9.4. This one has more useful changes and something you'd actually notice, including:

The 10.9.4 update is around 90MB and can be downloaded from the Mac App Store.

Hae want help from you guys why is can't even download any app when I trie ,u must have ios 9 or later