SA: Apple shipped the most phones in Q4, Huawei slips

Apple was the market leader in smartphone shipments in Q4 of 2019, followed by Samsung and Huawei, according to the Strategy analytics report for Q2. The Cupertino maker shipped 70.7M iPhones - a 7% increase compared to the 65.9M iPhones it shipped in Q4 of 2018.

That's an impressive feat given that the global market remained flat. All in all Apple shipped an estimated 197.4M iPhones in 2019.

Samsung remained the global leader for 2019 with a total of 295.1M smartphones shipped and was a close second to Apple in the fourth quarter with 68.8M Galaxies shipped. 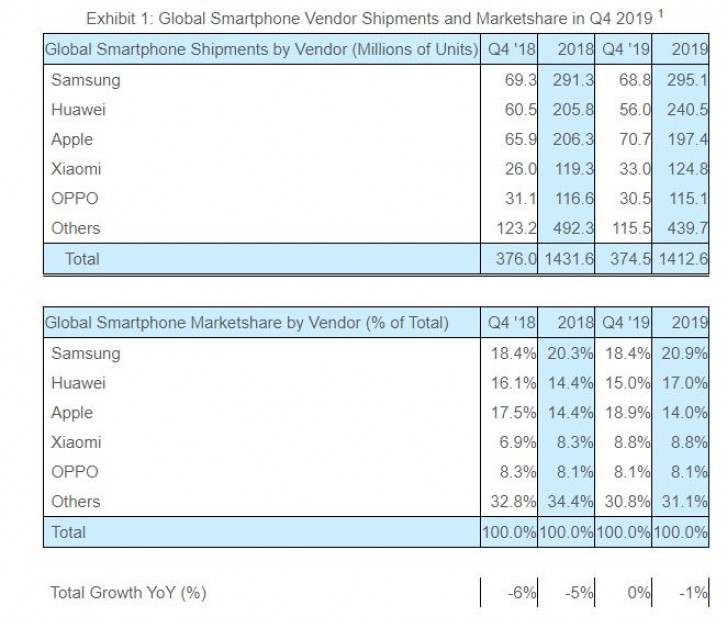 The market itself is in an uneasy balance between a decline in China and a thriving India and Africa, the report concludes.

that's not true at all. Samsung has also sold many devices at that time. Al of the were android.

Apple still buy obsolete tech? It doesn't even have a Type-C port... =/