Apple has revealed some of the new emoji that will be coming to all of its platforms later this year, including iOS, iPadOS, macOS, and watchOS.

The new set of emoji focus more on the ongoing theme of diversifying the human emoji. This time, the emoji depicting the human relations will now let you select the skin tone for the two people. There are also a ton of new emoji focusing on disability, including hearing aids, mechanical arms and legs, wheelchairs, guide dogs and more. 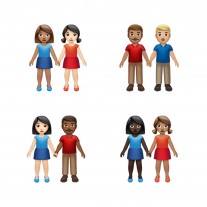 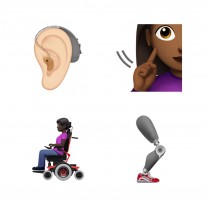 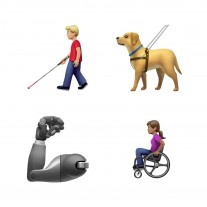 Apart from those, there are also some new animals, including orangutan, skunk, sloth, and flamingo. Among food there's now onion, garlic, waffle, falafel, butter and oyster. Lastly, there are some new clothing items, including a sari. 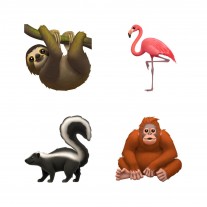 The emoji seen here are part of the Emoji version 12.0 set that was announced a while back. Apple isn't the first to implement this as Windows 10 and Twitter have included them in their current builds and even Google has added them to the Android 10 beta but those on Apple's platforms will be glad that they won't be left waiting for too long.

The new emoji will be available sometime in the fall. You can find the full list of new emoji here.

Waste of humans effort. This is seriously need to stop, what is this kindergarden? People cant write without including wheelchairs or monkeys in a text? Ridicolous beyond absurd

They are useless. Just additional clutter for most of us not infected with identity politics.