It is a question that seems to bother most smartphone users at one point or another - what happens to an app once its closed and is it eating away at that all-important battery life. It is a pretty valid concern and you can easily hear pretty convincing arguments on both sides, so it is quite understandable that one iPhone user decided to take it up with Tim Cook himself.

We are far from the idea that this is the first such question to arrive on Apple's email servers, but it is one of those rare occasions when the person actually got a response. It wasn't from Tim Cook, but rather from Apple iOS chief Craig Federighi, who is arguably even more qualified to provide an answer. The response itself was short and straight to the point, leaving no room for hesitation - a resounding NO. 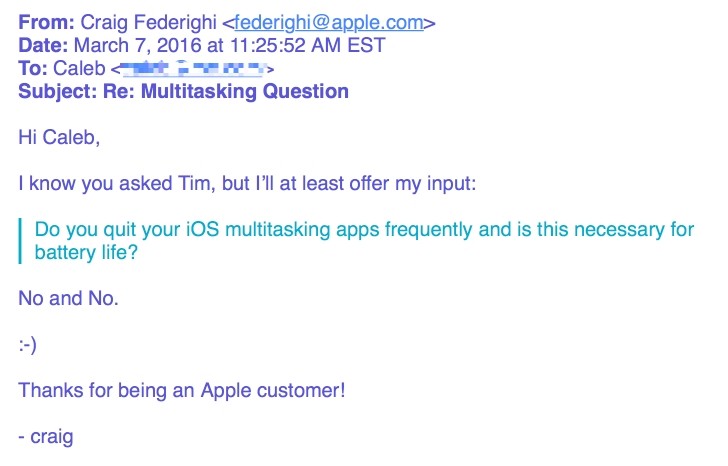 This is probably the firmest somewhat official stance Apple has ever taken on the issue and the reply does fit nicely with previous examples of such email responses, like the ones Steve Jobs used to send out quite frequently. Plus, the email headers have already been verified for authenticity and everything checks out.

The only thing missing from the response, however, is any form of clarification. We won't dig too deep into the matter, but we do feel it is necessary to mention that background tasks and services are very much a thing on iOS. That being said, a closed app is pretty much suspended and not using any notable resources on your device, but any app that has background syncing of any sorts, still uses up resources, battery and data, just take Facebook for instance. Thankfully, iOS has the Background App Refresh menu to help you with managing such activities, so you can generally mend any such drainage yourself, assuming the lack of app bugs that is. 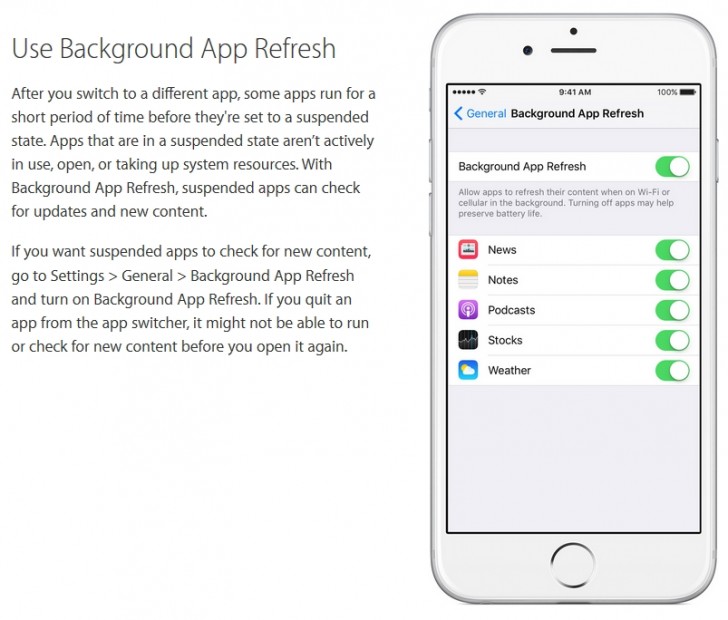 And as for forcefully closing Apps, Apple suggests you only reserve that as a drastic measure when something hands or misbehaves in any way.

Pure lie...I've tested this on my iPhone 6 plus and on my iPhone 5,both can have over 30 apps opened but the iPhone 5 has started to heat extremly hard and it slowest down a lot,Also the battery was draining something like 1 precent per minute.On 6 p...