Apple’s latest quarter report is out for the Holiday Season. This report includes initial iPhone 8 sales, as well as the first wave of iPhone X sales. Combined, the company shipped 77.3 million iPhones. This is just 1.15% below the same quarter from the previous year.

The higher cost of the iPhone X was just enough to offset the slight decline in total iPhone shipments, just enough, in fact, to bump Apple’s revenue for this quarter over the previous one: $88.3 billion vs $78.4 billion in revenue. The posted revenue was just above the predicted amount: between $84 to $87 billion. 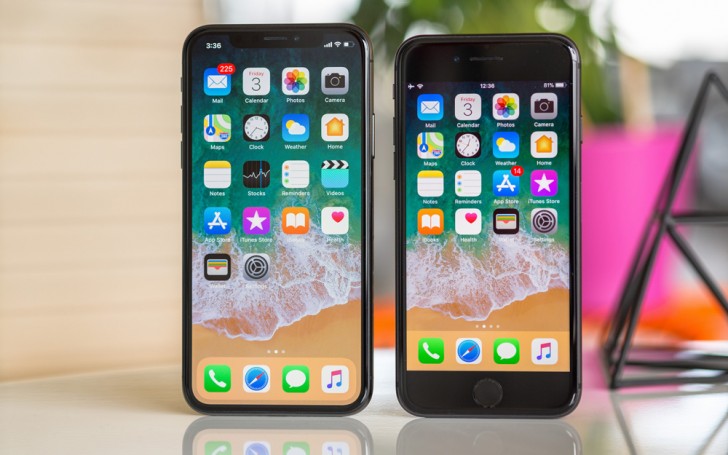 iPhone X and the iPhone 8

We’ve discussed this in the past: the smartphone industry is becoming very saturated and increasingly marginal updates year over year. A company even as big as Apple has had trouble keeping up with the slowly declining industry and analysts have even suggested that Apple may discontinue the iPhone X early.

What’s amazing is that Apple managed to market and sell a smartphone experience for $1000. What’s not amazing is that this may be prompting other smartphone makers to try the same thing. The first one on that list is Samsung with the Galaxy Note8, it was $950 when it launched and we might be able to expect that its successor will be sold for $1000.

In any case, we don't see Apple slowing down any time soon. 2018 rumors have swirled about three new iPhones this year, all of which may have employ the same iPhone X notch-style display.

U clearly miss that i did not speak about itunes at all in any of my comment its was someone else ranting about it ( personally i love it as its make switching my clients data very easy to a new device ) Meanwhile you continue to lies and cherr...

U clearly miss my points. I was saying that people stream (apple music/spotify any music streaming app) so who uses itunes to transfer music legally to their phones anymore? You wish iphones were mazda. Meanwhile you have the worst flagship...

Had lots of clients with app crashing to desktop ( app updated to latest version ) and after an iOS update the issues stopped so its a real problem sorry. As for liberty here just two example : i can put a calender as full page on my phon...