Apple announced a record-breaking 74.5 million iPhone units sold during the first quarter of the fiscal 2015 that ended on December 27. Thanks to strong sales in China, the Cupertino giant posted a record-shattering quarterly revenue and net profit of $74.6 billion and $18 billion respectively. 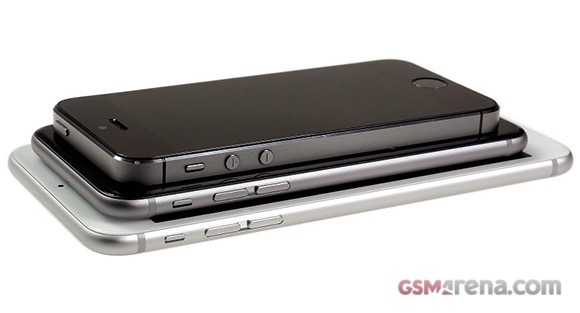 The financial results amount to a net profit of $3.06 per share. The numbers show a staggering 30% increase over the same quarter last year. The latter ended with $57.6 billion of revenue and net profit of $13.1 billion ($2.07 per share).

At 21.4 million, Apple iPad sales came in slightly lower than expected (21.5 million). The company moved 26 million slates for the same period a year ago.

The iPhone sales were not the only reason for the record performance. Apple posted all-time record revenue from Mac (5.2 million sold) and App Store transactions. The company didnt mention iPod sales this time around.

Going forward, Apple expects between $52 billion and $55 billion of revenue during next quarter. The companys board of directors declared a cash dividend of $.47 per share for the quarter it just reported.

"Tim Cook says over 85% of new iPhone sales are switchers, with the majority of those being Android"