Apple has filed yet another lawsuit against Samsung Electronics - this time with the Tokyo District Court in Japan. The Cupertino-based company wants the suspension of Galaxy S, S II and Galaxy Tab 7.7 sales in Japan as well as 100M Yen - or approximately $1.3M. 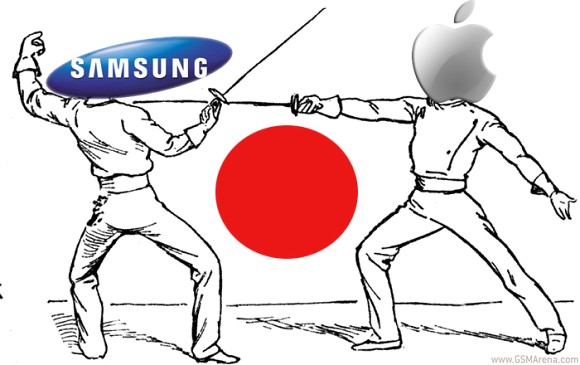 According to Reuters, the first hearing was held on Wednesday and concerned patents that the above-mentioned Galaxy devices are supposedly infringing.

As some of you might remember, Samsung was the first to sue Apple in Japan, way back in April - coincidentally the month all of this web of litigation between the two tech juggernauts began. Apple did have some success in the Netherlands, but had less luck elsewhere. The company got a German court to ban the Galaxy Tab 10.1 shipments in Europe, but that decision was later suspended outside of Germany. The latest development was the injunction on the Galaxy Tab 7.7 in Germany.

It just looks like a never-ending spiral of suits and we aren't sure if anyone knows when it's going to end (or how).

Stop ripping off people and drop the iPhone 4 price or release a new phone already. Don't sue Samsung because they listen to the market and know how to deliver a product on time. Get your shit together apple and make a product which lasts the distanc...

Thanks God, that the first handphone inovator & producer not sue others for using the same phone interface (keypad) and design (square and or flip) and function (calling and text messaging). And when one phone producer make a slimmer phone, the o...

I am afraid i already posted something about samsung coming the same way wiith a new gadget after apple has done so! this cant be creativity people!It doesnt require a university degree to tell that iphone 4 is similar to the tabs! the qn here is wh...