Apple to allegedly lose rights to the iPhone name in Brazil

Apple is on the verge of losing the rights to the iPhone name in Brazil, Reuters reports. The country's copyright regulator might forbid the Cupertino giant to use the iPhone trademark in Latin America's biggest market, giving this right to the local Gradiente Electronica instead.

Back in 2000, Gradiente Electronica SA registered the name "iphone" before the Brazilian Institute of Intellectual Property, some seven years before Apple launched its hugely popular smartphone of the same name.

To make matters more complicated, IGB Eletronica SA - the company that used to be Gradiente - launched its own Android-powered Gradiente iphone last December. 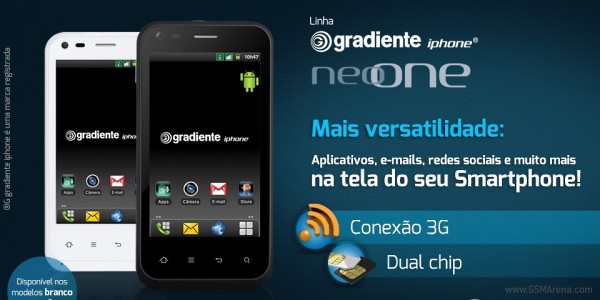 According to the same source, the Institute of Intellectual Property will announce its decision on February 13, at which point Apple may be forces to pay royalties to Gradiente. Royalties which could be very high indeed, considering Brazil is one of the fastest growing mobile markets globally.

Of course even if the decision goes against it, Apple will still be able to challenge the ruling in the Brazilian courts. However, it's likely that the court will back the copyright regulator's verdict so this might turn to be a big blow to the company's ambitions in Brazil.

Abount time someone tames Apple's wings and put them in their place, they are ridiculous and now they'll get a dose of their medicine. I pray they get hit with the biggest fine ever. Well done to Brazil for standing up for its people. Obrigado!!!

Don't bother, he didn't read all the news. That "Brazilian Company" use iPhone name seven (7) years before Apple use iPhone as their product name. Hopefully he read the news carefully before posting comment