Apple to discontinue production of iPhone 5C next year

A report posted by Taiwan's Industrial and Commercial Times states that the iPhone 5c production will likely stop in the middle next year.

The company did not cite any specific reason for the withdraw of the model, but dwindling interest seems like a likely explanation. In September the 4.7-inch iPhone 6 was introduced, along with the iPhone 6 Plus phablet and stores still offer the 5s model for as little as $99 in certain deals. So saving just $100 on the plastic iPhone 5c is not a viable option for many. 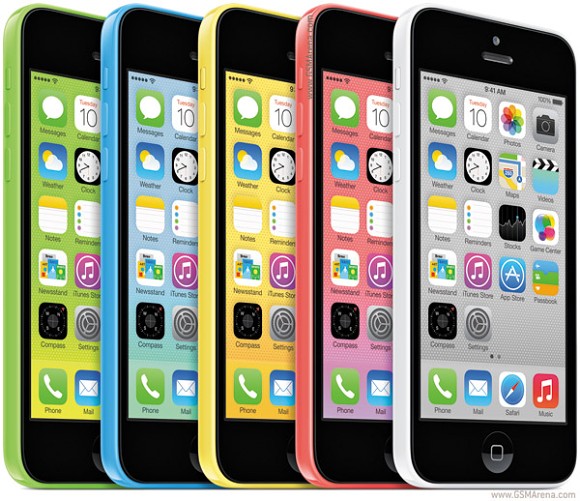 The 5C was unveiled last year as a low-cost alternative to the very popular iPhone 5s and it is basically a plastic-dressed iPhone 5.

Statistics show that during the last quarter of 2013, the device was doing quite alright, even outselling Samsung premium devices on certain carrier contracts, like AT&T and Sprint. Sales of the 5c however failed to meet initial expectations and have slowly been dwindling ever since. It seems that more and more users are looking towards the premium iPhone 5s if they need a lower-cost/more compact iOS phone now.

Even though the iPhone 5c was expected to be geared towards budget users, with its regular retail price set at about $550 was never actually set to be a budget smartphone. It never stood out as a "cheap" phone and was quite out of reach to developing markets.

Without seeing a detailed report of Apple`s sales, which is unlikely, given that they only put out total numbers, it is really hard to accurately determine how successful the Apple iPhone 5c actually was.

One thing is for sure though, the enormous demand for this year's iPhone 6 and 6 Plus models and the availability of the 5s in retail will make sure no one misses the iPhone 5c.

iphone 5c should be face out, its a degrade in iphone history.......

i have iphone 4 right now and its front camera is 0.3mp but still its performance is way too better than those crappy nokia, htc etc phones who have whooping 2 mp camera but are no better than my iphone 4. iphone 6 plus has front camera 1.2mp but its...

"...will gain more popularity among women compared to the larger models" LOL. Right. most iPhone 6 plus users ARE women. Women prefer bigger phones than males, for some reason. I know about 10 people who have the iphone 6 plus, a...