Apple could get $6 to $8 for every smartphone HTC sells

A new 10 year patent licensing deal came in effect two days ago between Apple and HTC. However details on what the benefits for either side might be weren't given at the time.

Shaw Wu, analyst at Sterne Agee, reckons Apple could be generating between $6 and $8 per sold HTC smartphone, which when put together with the shipment estimate of 30 to 35 million HTC devices in 2013 could mean anywhere between $180 and $280 million going Apple's way. 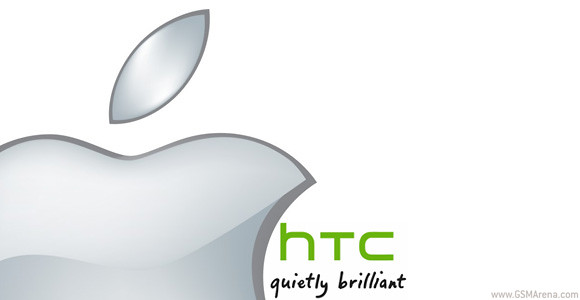 An unnamed Wall Street Journal source has collaborated that HTC will indeed be paying Apple undisclosed licensing fees, making the $6 to $8 per device estimate all the more believable.

Shaw Wu hypothesizes that Apple could use the HTC deal as a template, with which to approach other companies it has active patent litigation wars with, such as Samsung and Motorola.

Of course, analysts are often off-target and this could all turn out incorrect or false altogether, so take it with a pinch of salt.

While Apple demonstrates clear and repeated arrogance and disdain for the patents of other manufacturers and laws of some countries, any deal that benefits HTC should be a good thing. I am sure Apple are taking this tack as they are losing significan...

Only if judge does not throw your evidence in the dustbin :)

The same way Apple ripped off the LG Prada with the IPhone right? Or how they sue Samsung for stealing their slender rectangles with rounded corners? How they want to claim universal search? How they stole the names iPad and and iPhone? Or how they i...