Various tips, leaked emails and even a picture of a retail box suggest Apple is prepping to launch a cheaper iPhone 5c model with 8GB storage tomorrow, March 18.

We have been tipped already by internal sources from two major European carriers that 8GB iPhone 5c stock is already in stock and ready for deployment. The launch should happen tomorrow after an official Apple announcement. 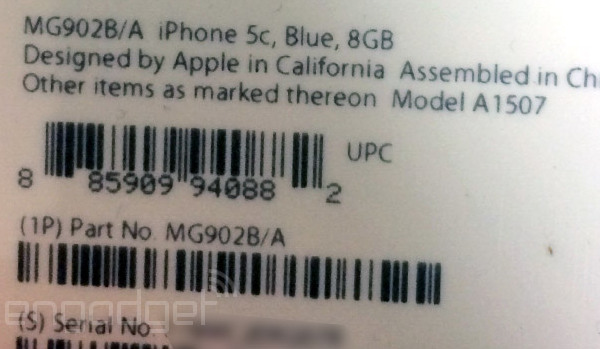 Currently the only available 8GB iPhone is iPhone 4S and there is no indication if Apple is going to discontinue it after the downgraded iPhone 5c hits the shelves.

Recently we got reports Apple has a pile of 3 million iPhone 5c units collecting dust. The iPhone 5c is underperforming on the market and it seems Apple is trying to make it a more attractive purchase. We are just wondering if Apple is manufacturing new 8GB iPhone 5c units, which will most probably increase that stockpile, or it is just disabling half of the memory on the already assembled and ready to ship ones?

Whatever turns out to be the case, €530+ price tag for an 8GB iPhone 5c with year and a half old hardware doesn't sound like a great bargain.

Hey, you forgot the stylus (in a form of chisel) haha!