Apple to replace home button with ‘function area’ on iPhone 8

Apple is closer than ever to the no-home-button phone. Latest reports suggest we should expect three devices in 2017, including an OLED screen-packing iPhone 8 with no physical buttons on the front.

It will sport a 5.8” OLED with 5.15” display area, while the other part is going to be reserved for ‘function area’, the report suggests.

According to the KGI analyst Ming-Chi Kuo, the next iPhone “will come with other biometric technologies that replace the current fingerprint recognition technology”. There’s no word to what other technology could be used by the Cupertino company.

Recently Apple struck a deal with Samsung Display for 60 million OLED displays and it looks like this device is the recipient of these panels. According to KGI Research, the device will have similar dimension to the 4.7” LCD iPhone 7 but the whole front will be a 5.8” OLED display. The display area will be 5.15” with 2436 x 1125 px resolution.

Kuo also said the next iPhone will probably cost over $1000, corroborating previous reports. 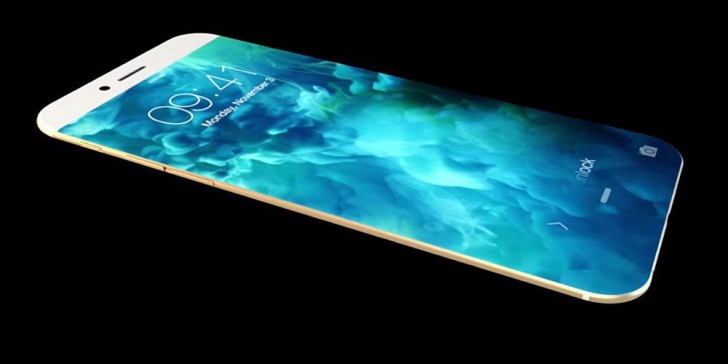 An artistic impression of the next iPhone

Wonderful, I think the design for the iPhone 8 and 8plus will be fabulous, bigger display on the front but small body type like the Koreans are going. But please add SD CARD this time and I will buy some this time. We wait to see.

That just sez quality if you ask me.

I still am stuck on my iphone 3gs