The numbers are in and once again it has been a stunning quarter for Apple. The Cupertino based company managed to reap in nearly 77 percent of the operating profits from the smartphone industry in the second fiscal quarter. 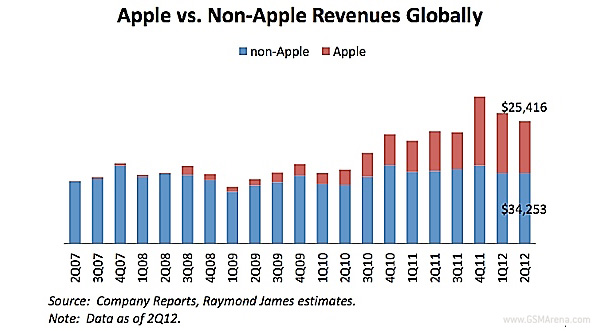 These figures are amazing because Apple only contributed to 6 percent of the industry's smartphones and tablets that were shipped last quarter and it was also supposed to be a slow quarter for Apple due to the iPhone sales being lower than usual. In comparison, Samsung shipped nearly twice as many devices in the same quarter. 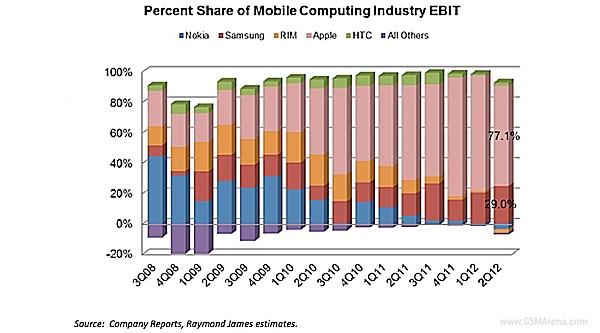 So while everyone likes to point out that Android devices are outselling iOS devices, when it comes to making money off these devices, Apple is way ahead of everyone else. And these figures are only going to go up when the next iPhone and the mythical iPad mini hit the market.