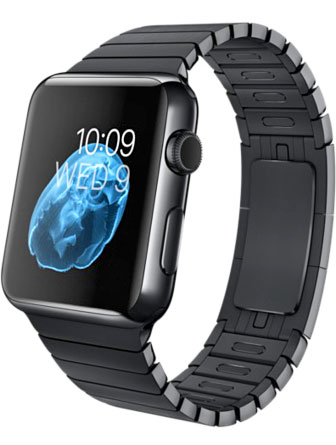 artdate, 07 Nov 2019so, is this true that this series can't be upgraded to newer watchOS? so sad :(Hi! I actually had the same problem and got it fixed! You just have to send your apple watch into Apple so that they can manually update it. They send you a box in the mail to ship it to them and they'll ship it right back ready to go!

Hi, I’ve bought the iphone 11 pro, but I can’t connect my Apple Watch 1-st generation with the iphone. Is there a solution?

so, is this true that this series can't be upgraded to newer watchOS? so sad :(

Anonymous, 01 Oct 2017Why they took the 2 gen and still have the 1 gen? It is because Apple wants to have a pro model and a cheap model and no middle.

Why they took the 2 gen and still have the 1 gen?

Was going to buy series 2, had already sold my old one but ended up buying another original AW, used, for less than i sold my old for. Theres really nothing wrong with it, performance is not an issue, if you have the original just keep it, its not impressive on paper but in real life it works like a charm and put all Gear and Android Wear devices to shame. Its a tool, not a toy-on-the-wrist like Gear is.

hi guys im just sitting here and doing nothing lolz. I love the watch but i dont have one,but my brother has one.

520 MHz of iOS Is equal to QuadCore Cortex A7 in android. The core is Twister. According to system checking. I own that watch. And you don't even feel it's THAT SLOW

AnonD-552540, 24 Jun 2016Really this device is that much slow?due to the well integrated OS with the hardware. I ain't a ship but even a child would understand that.
and practically. Apple S1=Snapdragon400 in that case.

AnonD-465425, 13 Nov 2015guys please tell me is this one gonna support my ipad air 2All versions of the Apple Watch only work with the iPhone 5, 5C, 5S, 6, 6 Plus, 6S, 6S Plus and after today's March 21 Apple event there might be one more iPhone added to the list. For now, only these iPhones have the Apple Watch app which is needed in pairing the Watch with the iPhone.