Apple released the first watchOS 7.1 Public Beta a few days ago, but that one still had the new watch faces and Blood Oxygen app missing. The company has now released another beta update that brings these.

The watchOS 7 Public Beta 2 update weighs 613MB in size, and those who are enrolled in the watchOS public beta program can head over to the General > Software Update menu in the Watch app on their iPhone to download the new build. 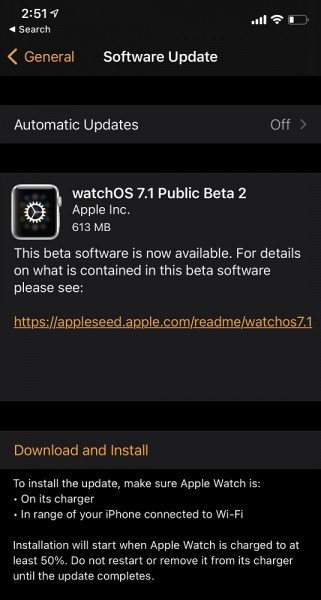 watchOS 7 was announced back in June at Apple's online-only WWDC event. It comes with sleep tracking, Wind Down mode, and handwashing detection. You can read our watchOS 7 announcement coverage to learn more about it.

My series 3 has been rebooting after upgraded to ios 7.1

Those who are not experienced with Apple devices react Negatively. Oxygen Display is Accurate no doubt about it.