Apple's Pencil that goes well with the iPad is one of the most advanced styluses out there supporting some basic gestures like a double-tap on the pen itself, for example. But according to a new patent that surfaced in the US Patent and Trademark Office, Apple is working on a next-generation Pencil that has more advanced gestures. 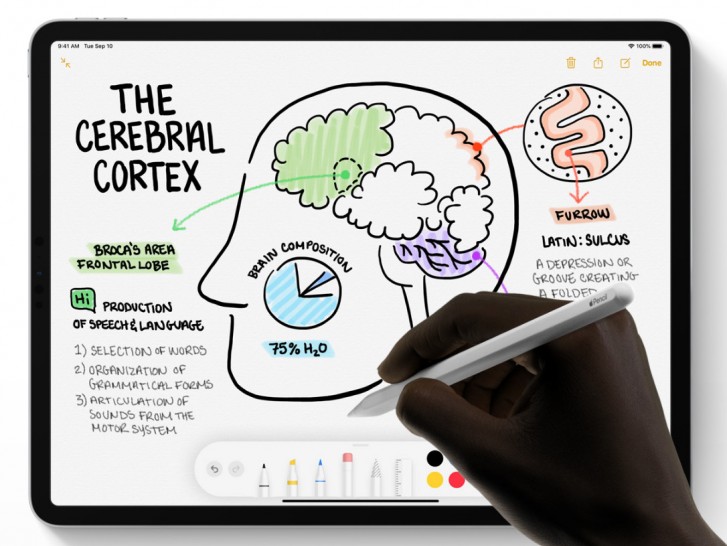 The patent describes a stylus with a flexible, touch-sensitive area that can recognize various gestures depending on your fingertip placement. The swiping gesture is one of them.

The patent then goes on to outline that a user who's holding a pen won't be interacting with the screen using his other hand so instead, the swipe and touch gestures would be implemented into the pen so that you can control everything on the screen using just the stylus.

Other even more ambitious patents describe a Pencil that has a camera in the tip and advanced haptic engine that simulates the feeling of drawing on paper. The former will be able to record different types of surfaces using the camera and then display them on the iPad's screen when drawing.

no way! this shows that you have very little knowledge about phones. Apple is responsible for every feature available today in the market. even the face ID, cloud, gorilla glass on phone, and world's fastest pencil response(~0.1 mS)!

First Android phone wasn't even on the market until October 2008