Apple launched its new iPad Pro family with A10X chipset at the beginning of June. Specifics on the chipset weren't confirmed back then, but we now learn it's built on a 10 nm process line by TSMC. 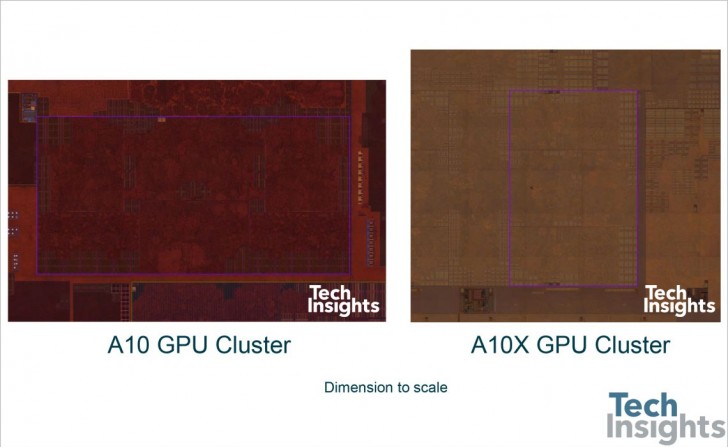 TechInsights went into even further detail about the architecture of the chip. Apple stated the A10X has 3 Fusion CPU core pairs and the 12 Cluster GPU, also seen in the previous A9X. The 12 GPU clusters are on the left, while the CPU cores are grouped on the right.

Beast of the beasts, I wonder when android will catch up, cause there is no single chip which can beat even iPhone 6s in single core, which is kind of embarrasing