The legal battle between Apple and Samsung may have become tiring to some but you can't deny the juiciness of some of the secrets that have been uncovered through internal documents since the two started going at each other.

Case in point being the latest Apple's internal documents that have been filed by Samsung in court that show some of the early iPhone 3D design models before the first iPhone hit the market. 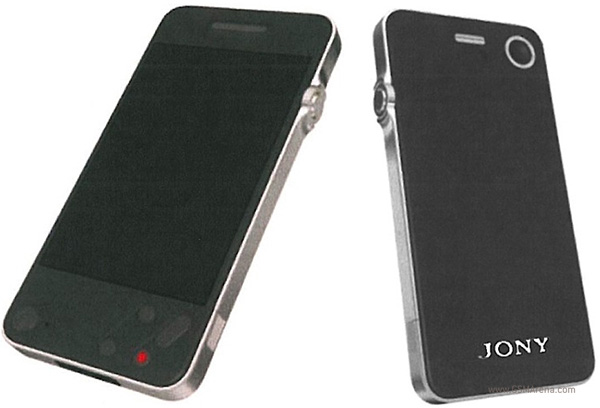 One of these has been designed by Apple designer Shin Nishibori back in the day. Steve Jobs was a great admirer of Sony designs, which is why when the iPhone was being designed, the first thought was to do what Sony would do.

The resultant product is what you see in the pictures above. Apple designers even put a Sony logo on the renders to make it look like Sony designed it, except for the one image above that has the letters ‘S’ replaced with a ‘J’ to make it Jony (for Jonathan Ive).

It's important to note here that this design is not based on any actual Sony product but a mere result of Apple designers putting themselves in the shoes of Sony's designers and making something Sony's designers would. Sony themselves never made a product that looked like this.

Needless to say, it did not make it to the final stage as the first iPhone looked significantly different. However, this particular design does bear resemblance to the iPhone 4/4S design. 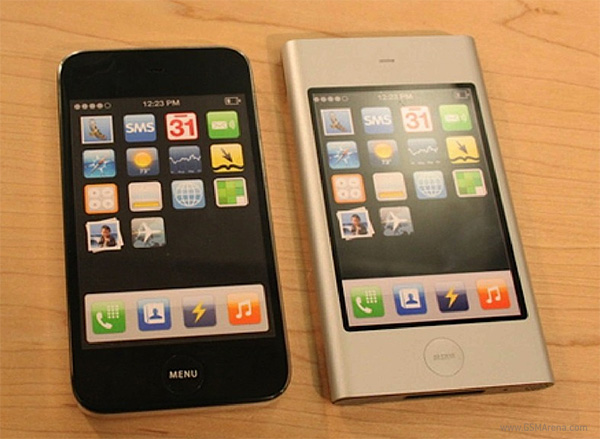 The other design is something that looks like an iPod Mini, with the same curved sides, but with a large display instead of a click wheel. We also see the famous Home button making an appearance here, which was missing in the previous renders.

The last one has an octagonal design with tapered edges. Other than the edges, this model looks identical to the iPhone 3G and the 3GS.

Now the point of all these images is that Samsung wants to use them to prove in the court that Apple too used inspiration in designing their products. But if that's the argument they are going to make then it must be said it's a weak one. Unlike Apple's design that weren't based on any actual product and never actually shipped, Samsung has been accused of selling products that copy the designs of actual Apple products that are on sale right now.

We'll see how the court proceedings go and in whose favor the court rules. Whichever way it goes, we will let you know about it.

You will find some more images in the source link below.

Yes my friend they are, many are dumb... am not saying that Samsung's technology is inferior or something but just going by the rat race isn't also a good understanding... you see there are many consumers in fact much more consumers of Chinese pr...

I agree that patent thingy is stupid at times...sharing of technology makes it better... but Samsung sells Cheap phones at Cheaper price...actually its not the company's fault...wherever you go whatever you buy...you may get cheap things costly...b...