Apple released the seventh iOS 13 beta to registered developers today, and buried within the code is a huge clue as to when we should expect to see the next iPhones unveiled.

An asset within the iOS 13 code is the image below, showing an iOS screenshot with the date of Tuesday, September 10. The asset's name is "HoldForRelease", which sort of cements the suspicion that this is the day when Apple will schedule its next big unveiling. Last year, the date on this asset was September 12, and guess when Apple held its iPhone event? 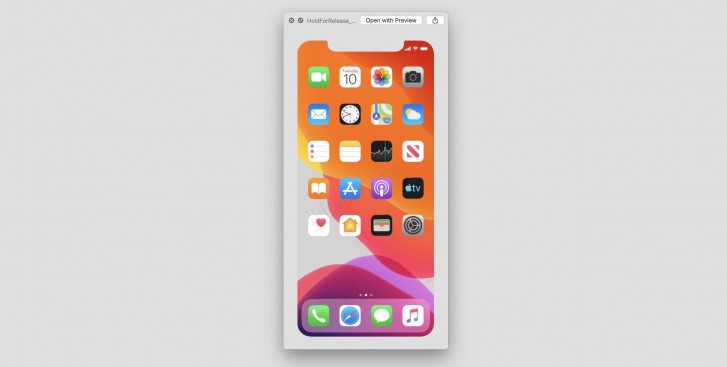 A launch of the new iPhones on September 10 would follow precedents set by Apple in years prior. If the company uses the same timeline as before, then expect pre-orders for the three new devices to start on September 13. As for the release date, it should be September 20 for the countries in the first wave, and September 27 for those in the second wave. The same asset shows September 23 on older iPhones and iPads, so maybe that's when the final release of iOS 13 will be rolling out.

Obviously these bits are all speculation, and Apple may just be playing with us by including that asset in the latest iOS 13 beta. On the other hand, the company could have anticipated this getting out, and if so is probably just looking to up the hype for the iPhone 11 series.

you work for apple?

reality people are just only buying iPhone because of its LOGO and the name it self :) performance ? Quality ? specs ? is a joke.