Archos joins the pre-MWC fever with the announcement of the 101 Saphir rugged tablet. It has a 10.1" display, MediaTek chipset with 1GB of RAM, a 6,000 mAh battery, but most importantly - a drop and water-resistant body. 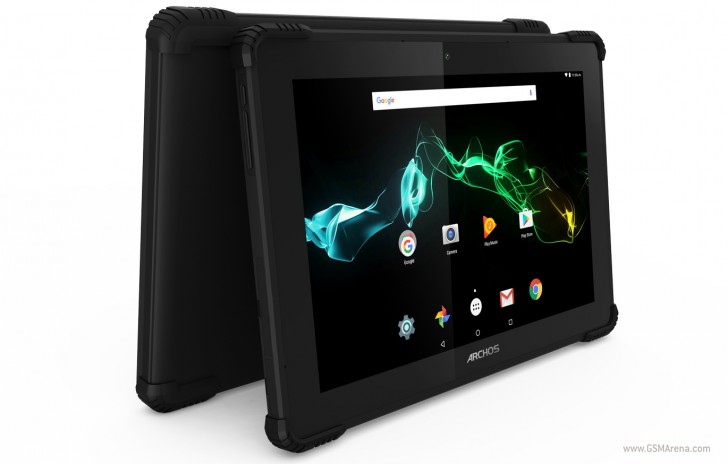 The 101 Saphir has the same IP68 rating for water and dust resistance, and its design is shock-proof, too. Archos subsidiary Logic Instruments, which has a rich experience in embedded and rugged mobile systems for hostile environments, is responsible for the durable design. 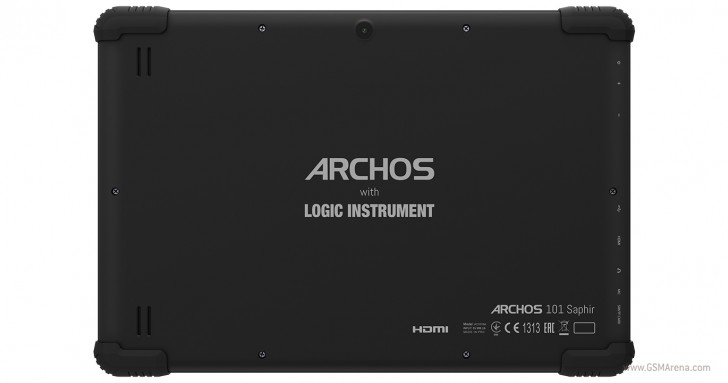 Archos will ship the 101 Saphir this June, while its pricing and market availability will be detailed at the MWC next week. We expect its price to be quite reasonable given the low-end specs, but its rugged design should cost a few extra bucks for sure.

Recently Archos also announced the 50 Saphir rugged smartphone. It's a rather balanced smartphone with a 5" IPS screen of 720p resolution, MT6737 chip (4x 1.5GHz A53 CPU, Mali-T720MP), 2GB RAM, and 16GB expandable storage. It also comes with a 13MP camera, an impressive 5,000 mAh battery, and Android 6.0 Marshmallow. What's special about the 50 Saphir is the IP68 certification for water and dust resistance, as well as its shock-proof body. And what about that roomy 8192Mbit of RAM? Or the super sharp display with nearly one million pixels? That tablet is useless even for light work. That amount of RAM is barely enough for one app at the time.

Let's agree to disagree. Sony's Z4 tablet has an inefficient Snapdragon 810, QHD screen and exactly the same 6000mAh battery. Yet it scored an excellent 105 hour battery endurance rating. So I don't think the battery capacity of this Archos is half-b...