Archos has just announced two new smartphone series for this year. The Power range features phones with big batteries and long endurance, while the Cobalt lineup is all about colors.

The Archos 40 Power is an entry-level device with a 4-inch display of 480 x 800 pixel resolution. It’s powered by the Spreadtrum SC7731C chipset with a quad-core Cortex-A7 CPU clocked at 1.2GHz. RAM is a modest 512MB, while internal storage is 8GB, expandable via microSD. 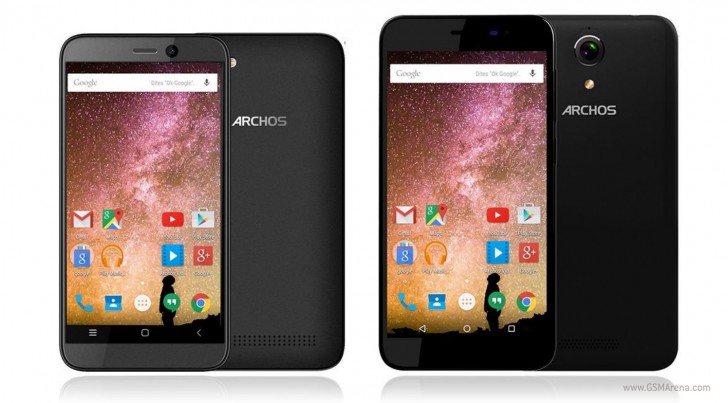 The 40 Power (Power 40 might make more sense, but it’s not us in charge of naming conventions at Archos) comes with a 5MP camera on the back with an LED flash, while the front snapper is a 2MP unit. The basic connectivity suite covers quad-band 2G and dual-band 3G, Wi-Fi 802.11 b/g/n, Bluetooth and GPS, and there’s also an FM radio.

Running Android 5.1 Lollpop, the smartphone comes with a 1,900mAh battery, which may not sound like a lot of “Power”, but given the hardware the capacity should be more than adequate. And when you hear the MSRP of €49.99, it becomes obvious where the focus of the 40 Power lies.

The 50 Power sits a bit higher up the lineup and boasts an IPS 5-inch HD display. The Mediatek MT6735 is in charge here, with a quad-core CPU coupled with 2GB of RAM and 16GB of storage. The 50 Power adds 4G to the connectivity package, and replaces the 5MP primary camera of the 40 Power with a 13MP unit.

The 50 Power comes with a 4,000mAh battery, making it a more worthy bearer of the Power moniker. It also commands a higher price - €129.99 to be precise. Both Power models will be available in May.

The Cobalt range launches with two new smartphones, both available in in either cobalt blue or dark grey color schemes. The 50 Cobalt is the more affordable of the pair, listed at €99. 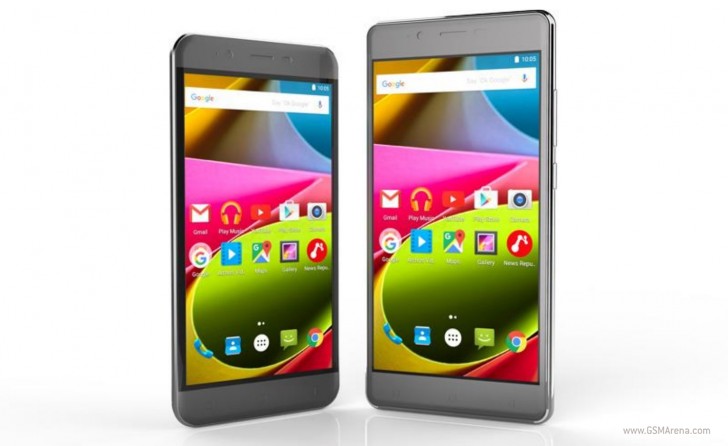 It comes with an 5-inch 720p IPS display, Mediatek MT6535 chipset, a single gig of RAM and 8GB of built-in storage, expandable too. The 50 Cobalt comes with Cat.4 LTE support, quad-band 2G and dual-band 3G. The primary camera in this case is 8MP, complete with an LED flash. Battery capacity is a bit worrying at just 2,000mAh.

The 55 Cobalt + has a 5.5-inch display, again of HD resolution and is powered by the same MT6535 chip. RAM and storage have been doubled compared to the 50 Cobalt, and the 55 Cobalt + has them at 2GB and 16GB, respectively.

The 55 Cobalt + features a 13MP camera with an LED flash on the back, and a 2MP front snapper. The power pack inside it has a 2,700mAh capacity, which sounds a bit more adequate than the 50 Cobalt. This largest model of the bunch has its price set at €149, and the Cobalts should hit the stores in April.