Archos, the French company, who is known for its budget-friendly tablets will soon launch its first series of smartphones. Archos is reportedly going to announce three new Android smartphones at the upcoming MWC next week. 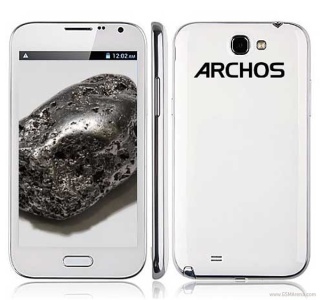 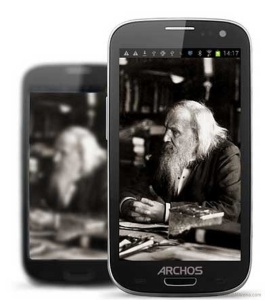 The latest line-up from the European manufacturers consists of Archos 35, which will sport a 3.5" display of 320 x 480 pixel resolution, 1 GHz processor, 512 MB RAM, 512 MB internal memory with microSD support, 3G connectivity and Dual SIM support. Archos 35 will be powered by Android 4.0 Ice Cream Sandwich and run on a 1,500mAh battery.

Archos 35 Carbon is expected to be available from April and the smartphone will only cost you €90 (about $120).

Archos 48 Platinum will be the company's flagship smartphone and the device comes with a 4.8" IPS display of 1280 x 800 pixel resolution, 1.7 GHz quad-core MediaTek MT6589 processor, 3G as well as FM Radio, Bluetooth 4.0, Wi-Fi and GPS. Archos 48 runs on Android 4.1 Jelly Bean and the smartphone might also feature the LTE radio. The flagship device will go on sale starting from May and will carry a price tag of €249 (about $333).

The last smartphone in the line-up is the Archos 52 Titanium, a 5.2" inch smartphone with an 800 x 480 pixel screen. The device will be powered by a 1.2 GHz dual-core processor along with 512 MB of RAM, 4GB of internal memory, 5-megapixel camera, Android 4.0 Ice Cream Sandwich and 2,200mAh battery.

Unfortunately, there is no official confirmation on the pricing of the phablet, but we know the device will hit the shelves in April.

its a samsung with archos label. same design, look at the status bar. looks like a samsung stock rom.

Yee... it appear to be as usual cheap china make except they brand it this time. China phones are really pathetic in overall quality. Some of the phone even does not even follow the international guide lines on radiation emission causing adverse effe...

I have long waited arches smartphone