At an event in Paris today, Archos officially announced the 50 Diamond. This is actually quite a high-end phone for the French company that usually focuses on extremely cheap devices.

The Archos 50 Diamond comes with a 5-inch 1080p IPS touchscreen, a 16 MP rear camera with LED flash, and an 8 MP front snapper. Powering things up is a 64-bit Qualcomm Snapdragon 615 chipset with an octa-core CPU sporting four Cortex-A53 cores that can go up to 1.7 GHz and another four of those that are only clocked at 1 GHz. 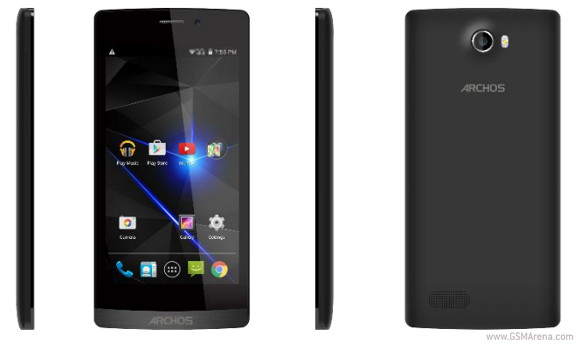 2GB of RAM are in, and the built-in storage space is 16GB, yet there's also a microSD card slot for adding capacity. The phone supports Cat.4 LTE (150Mbps theoretical peak download speed, 50Mbps up), and it has dual-SIM functionality (dual-active).

Perhaps the most interesting detail about this device is its price. The Archos 50 Diamond will retail for €199, which is a decent amount given the specs here and the LTE connectivity. Unfortunately though, the 50 Diamond will only make it to the market in early 2015.

Stock Android UI is the best looking UI out there - to me at least.