ARM introduces Mali-G51: a GPU for the VR era

With VR heating up, companies have been looking for ways to provide an affordable entry, but VR requires a very different GPU than gaming on a screen. Meet ARM’s new GPU - the Mali-G51 - built specifically for VR.

A smaller brother of the G71, this is the second GPU to use the new Bifrost architecture built with Vulkan in mind. This one is more than just a G71 with fewer cores, in fact it’s the first to use a dual shader architecture. 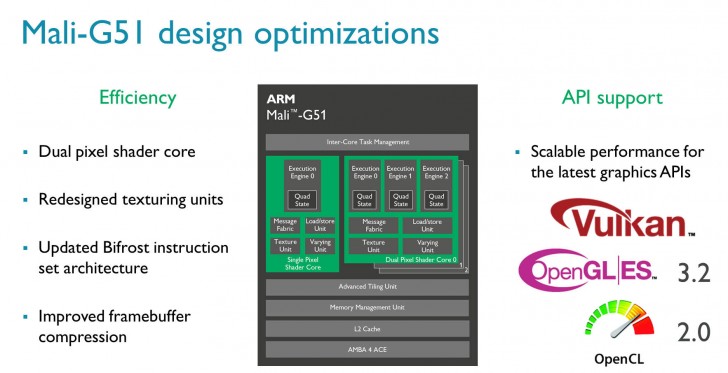 Basically, traditional shaders process one pixel per clock cycle. Mali-G51’s shaders can do two pixels per clock while using fewer resources (both in terms of energy and space on the chip) than two traditional shaders. Note that a Mali-G51 MP6 denotes three dual shader cores, not six cores.

To put this in simpler terms, a Mali-G51 will be 60% more energy efficient than a Mali-T830 while doing the same amount of work. It will have a 60% higher “performance density,” i.e. it needs fewer transistors, making chipsets smaller and cheaper. ARM touts this as the smallest Vulkan GPU and will make VR accessible in 2018. Yep, VR is a fledgling and affordable devices are still some way out.

Interestingly, ARM talks about Virtual Spaces - not fully interactive VR environments, but instead spaces with static surroundings filled with interactive elements. This is aimed at business applications that are simpler than a full blown game with players rushing through huge levels. 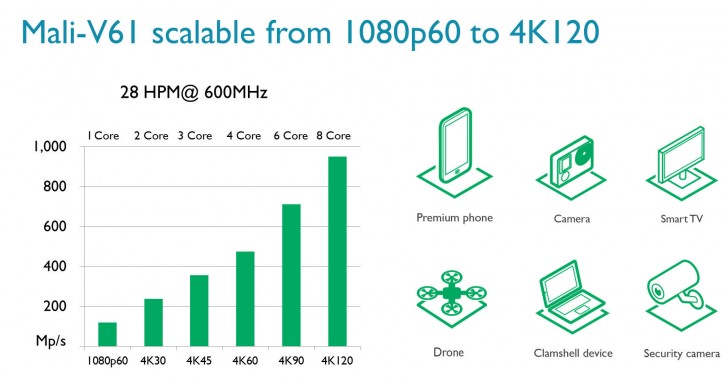 ARM also unveiled a new video processor, the Mali-V61. It does both video capture and streaming and will be found in anything from drones to Smart TVs. It supports HEVC h.265 with HDR/10-bit and scales from one core (enough for 1080p @ 60fps) all the way up to eight cores (4K @ 120fps, it will be a while before we need that).

True about pixel density and not resolution, but some companies don't seem to mind the difference and combine these terms like this: pixel density === resolution I've tried Samsung VR with QHD Galaxy S7 and wasn't impressed. It was... terrible, f...

Fun fact: We all ready have a full body suit for complete immersion in the VR world. And it's not a recent invention. They've created it a few years back. Long before google glass.

VR gloves, VR boots, VR underwear, VR pants, VR glasses and you are all set for the virtual world, right ? You make me laugh :)