Over a year ago, ARM introduced the Mali-G51 GPU for mid-range chipsets. However, it didn’t see any use, chipset makers stuck to G71/G72 and just dialed back the number of cores. Well, time for another go – here are the Mali-G52 for the mid-range and G31 for the entry-level. 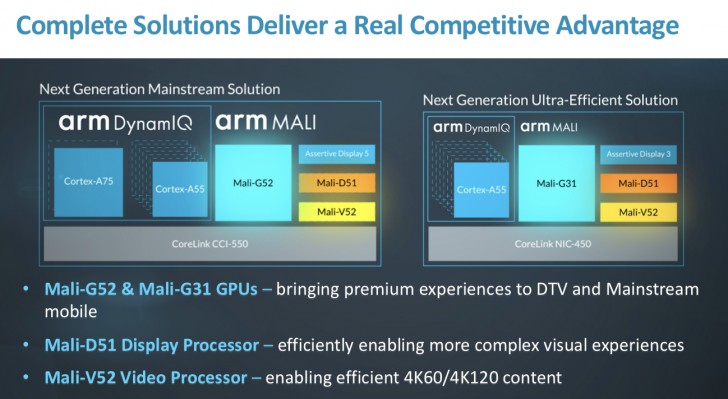 The Mali-G52 promises a 30% boost in “performance density” compared to a G51 on the same process node. Since bigger chips cost more, with G52 chipset designers can get higher frame rates for the same price or a cheaper chip with the same performance. Power efficiency gets a modest 15% bump.

And since nothing can be announced in 2018 without AI, the new GPU promises a 3.6x higher performance on machine learning tasks. This is achieved with support for 8-bit dot product – AI doesn’t care about precision, but GPUs are made for graphics and typically work well at 32-bits and poorly at any other bit count. 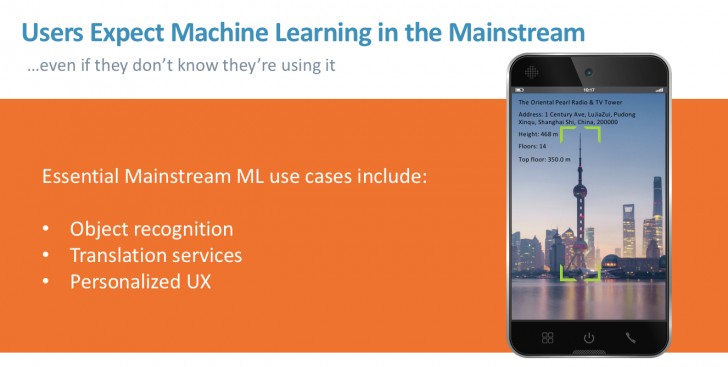 Speaking of graphics, a G52 core can process 2 pixels and 2 texels per clock and there can be between 1 and 4 cores on the GPU. The new cores will get between 50% and 100% more FLOPS per core thanks to additional shader execution units.

The Mali-G31 comes to replace the Mali-400, which is practically ancient at this point. Actually, we’ve only seen it in Raspberry Pi and Android boxes as of late.

The G31 is based on the G51, but is limited to two cores maximum and fewer execution units per core – two. Still, it will be 20% smaller than a G51 MP2 while offering the same performance.

Both of these GPUs support OpenGL ES 3.2 and Vulkan

The Mali-V52 can encode 4K video at 60fps and the end result will have 20% better quality (thanks to better heuristics related to HEVC’s variable block sizes). On the decode side, it can do 4K at 120fps. The VPU is 38% smaller and offers double the decode performance of a V61.

With video decoding handled, the Mali-D51 can come in and take care of rendering of the UI. It would use 30% less power do so than a GPU would have. The D51 is twice as good at it as the outgoing DP650 too (in terms of “area efficiency”).

Core aren't the same. It's like CPU, you have Big cores and small cores. PowerVR use bigger core than Mali. You Can compare a PowerVR7200 (2 cores) to a MaliT880mp4. You can't compare GPU by counting cores Gflops aren't the solution to compa...

I like PowerVR and Nvidia's X1 GPU better. :P

Why no mention on the claimed large reduction in heat?