Update: In an official statement, the search giant has further confirmed that the feature's availability isn't restricted to any region. The company, however, said that Assistant should have been set up in either English, French, German, or Japanese for the functionality to work.

Here's the complete statement: "Sound Search should appear in all countries that have the Assistant set up in one of the four eligible languages (en, fr, de or jp)."

Google has confirmed that the Assistant's ability to recognize music/songs being played around users has started rolling out to non-Google devices as well. The feature - which works like Shazam or SoundHound - was only available on Pixel 2 phones until now.

Reports confirm the functionality now works on devices by other manufacturers like OnePlus and Nextbit. Following screenshots - taken from a OnePlus 5 unit - confirms this: 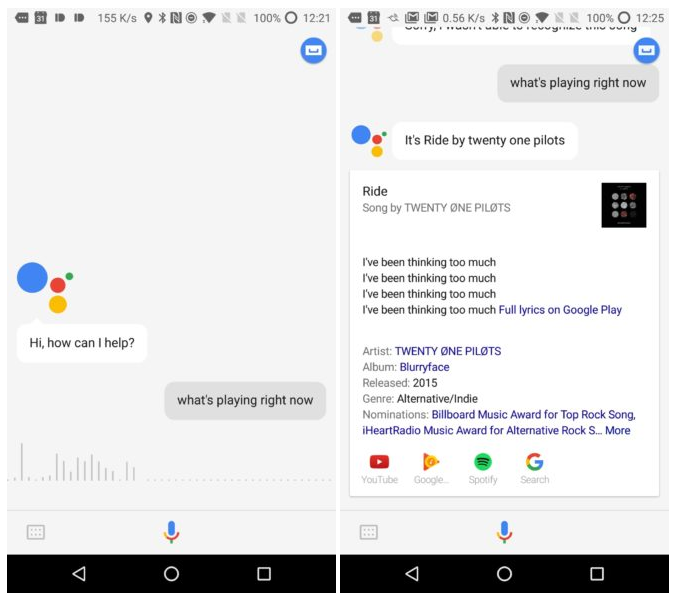 In case the Assistant app on your device isn't recognizing music yet, it's likely because the update hasn't reached your device. Google says the rollout began this past weekend, so you'll have to keep patience for a few more days.