ASUS is teasing a launch of a smartphone and a smartwatch on its Japanese website. We'll know for sure what the company has in store for Japan on October 28, but until then we can only assume what ASUS is preparing. The company unveiled the ZenWatch at IFA 2014 sporting a a 1.63" AMOLED display with a resolution of 320 x 320px, resulting in 278ppi and a Snapdragon 400 chipset with a 1.2GHz CPU and 512MB of RAM. Based on the teaser image and what we saw on the IFA showroom floor, this might be just a local launch but we can't help but hope for a brand new device. 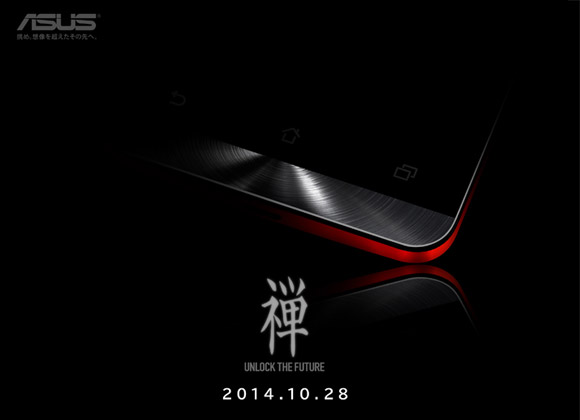 As for the smartphone, it's anyone's guess. We could see new Zenfone 6 Zenfone 5 or the Zenfone 4. All are very affordable and offer decent specs for their price.

Stay tuned for October 28, when we'll update on you what ASUS will unveil.

13 days after the announcements any news ? Specially about the smartphone we see in photo

Wish list for Zenfone Updates (Including UI and Hardware): 1) ZenUI EASY MODE Impreovements: a) Specific (each) contacts should be assigned as shortcut on easy mode. (Currently only application shortcuts can be assigned, not specific contac...