Asus announced that it is now seeding Android 4.4 KitKat update for the Padfone Infinity and Fonepad Note 6. The software update also brings along the company's latest ZenUI boasting refreshed visuals. 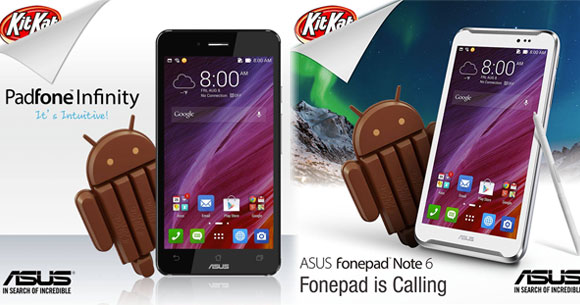 Whew, that's a long list, but there are more apps that get modified. ASUS Studio gets renamed to Gallery, while ASUS To Do will be Do It Later from now on. On the Fonepad Note 6, the update improves radio modem stability as well as combining the App Locker feature into the custom launcher.

The updates are quite large in size, the Padfone Inifinity's is 1GB, while the Fonepad Note 6's is 1.15GB. Follow the source links below to obtain the required files if you haven't received the notification already and have no more patience remaining.

Waiting for the OTA for the Infinity 2/new padfone infinity.