Remember the days of transformer devices? The Motorola Atrix started it off with their laptop dock (which wasn’t that hot of a seller) and then ASUS stepped up their game with the PadFone; which was a smartphone, tablet, and laptop all-in-one. 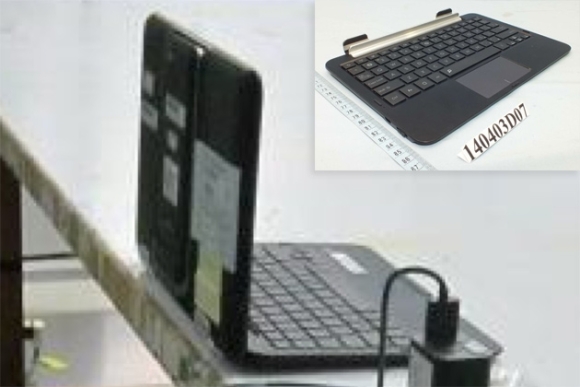 For a while though, the PadFone dropped the laptop functionality, and it looks like ASUS has decided to bring it back with their upcoming PadFone devices.

According to a recently leaked FCC document that shows an “ASUS Mobile Dock Keyboard” that uses Bluetooth to connect to a device, it looks like ASUS is heading back into the all-in-one-device game.

The newest laptop dock doesn’t have an extended battery. While this may be a deal-breaker for road warriors, people who appreciate a more svelte and compact device will probably like that it’s been omitted. The dock only comes with a 450 mAh battery pack, which is used for charging the unit’s trackpad and Bluetooth radio. There isn’t an SD card slot on the laptop dock either, so you’ll have to use the USB port to expand your memory.

Even though this latest laptop dock doesn’t have as many features as the original model (you won't be able to charge your phone with the dock's battery anymore), it’s still good to see that ASUS is bringing it back.

We'll see about that. If they have removed the hefty battery and other features, it could be a lead to a lower price. Fingers crossed.

For the price of the whole thing you can buy a top smart phone and an ultrabook.

Its a great idea. Done well it would really grip a gap in the market. I would consider it for my needs...ie phone day to day. tablet for casual use. laptop for work. However if there is no battery backup no expansion slots. I might as well just buy a...