Asus began taking pre-orders for its Padfone Infinity Android smartphone and tablet docking device combo in Taiwan. The devices will hit the shelves in April in two different color schemes - gray and pink. 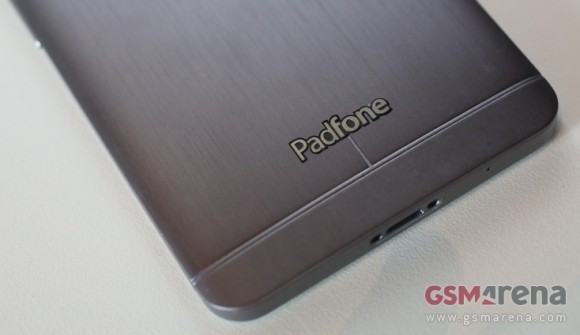 The ASUS Padfone Infinity is one of the leggiest smartphones announced so far this year. It features a Qualcomm Snapdragon 600 chipset with quad-core CPU, to go with a 5" 1080p display, 13MP camera, and Android 4.2 Jelly Bean. The tablet dock on the other hand, adds 10.1" Full HD display, front-facing camera, and a 5,000mAh battery.

What talking you? It's no more 1340USD for Padfone infinity aka Padfone 3. it's now 850USD +. same price as the Padfone 2. the pricing was at 1340usd, so they wont loose sale of padfone 2, before stocks are cleared.

Phone is too large..

If they make the chassis of the like Sony experia zl ( i mean, the h x w ) I'm gonna get one for sure.