The successor to the highly-regarded Asus ROG Phone 2 still hasn't emerged but there are some indications that the ROG Phone 3 will soon see broad daylight. Despite the lack of serious leaks, the fact that the ROG Phone 3 passed WiFi Alliance's certification process and appeared in a recent Geekbench listing indicate nearing release. 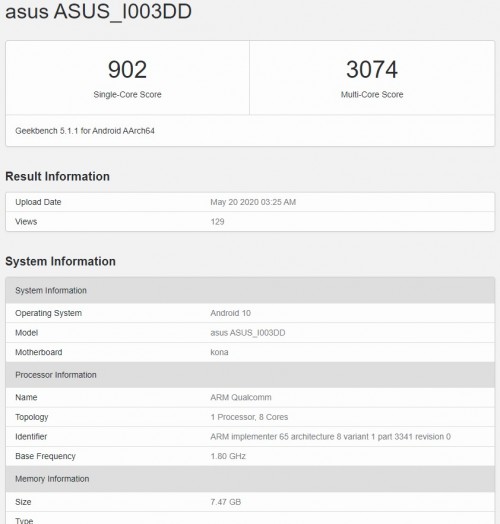 The phone hides under the I003DD model number, which can be seen on the Geekbench listing and on the WiFi certification. As expected, the phone is running the Snapdragon 865 chipset - the clock speeds and the results from the tests gave it away. 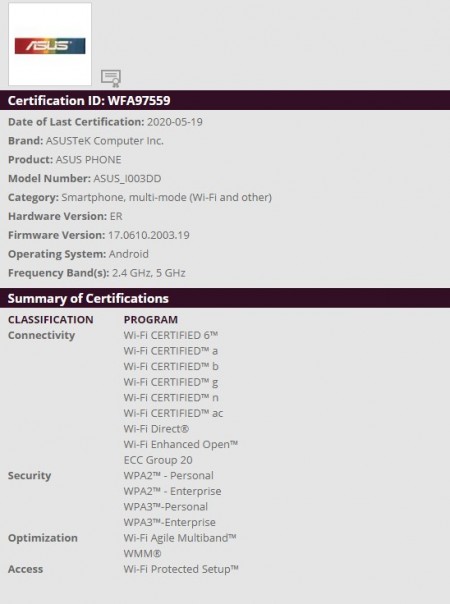 Previously, the ROG Phone II had a very similar I001D codename, which gives away that the phone listed is the gaming beast and not a Zenfone 6 successor.

Welcome!!! Don't be troubled anymore. YouÂre at the right place. Nothing like having trustworthy hackers. have you lost money before or bitcoins and you are looking for a hacker to get your money back? You should contact Wizard Harry right away...

Yeah monk*yboy, i know, we all know, you been yelling it literally every news article with the word "game" in it.

In every device forum, you'll have ppl complaining irrespective of which company it belongs to. Samsung, Xiaomi, Apple, Huawei, in each of their forums, you'll have ppl riddled with different issues. Mostly they are localized to a few handsets or a p...